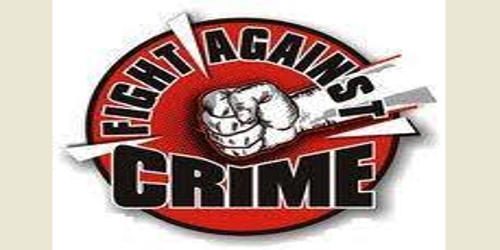 Fight against Crime – an open Speech

The fight against crime aims to prevent the impact on social values. The rise in criminal activities has always been a matter of grave concern among Asians. Gone are the good old days when we could roam the streets freely and safely without fear of being robbed, assaulted, kidnapped, raped, or even murdered. From a criminological perspective, a series of concepts such as high crime, organized crime, terrorism, drug trafficking, or trafficking in human beings can easily highlight defective definitions. There have been comments that the authorities have not done enough to fight crime. Today’s police force has been a focus on crime prevention through the diligent implementation of a strong neighborhood watch program. What people fail to realize is that crime prevention is a shared responsibility. Crime prevention should include the authorities, such as the relevant ministries and government departments, the police, as well as the various NGOs and the public. We have acknowledged those communities who have successfully reduced and prevented crime to re-occur in their neighborhoods.

For their part, the authorities have beefed up the police force and put more police officers on the streets. Non-uniformed personnel has been assigned crime-prevention duties. Moreover, Mobile Police stations and Mobile Police Vehicles have been placed in crime-prone areas. Law enforcement alone is not enough. Law enforcers can only patrol areas periodically. They cannot possibly be everywhere all the time. It is the members of the public who can provide the police with relevant information, report the dangers that lurk in their neighborhoods, or report suspicious characters. We have to be the eyes and ears of the police if we wish to eradicate crime.

We can also play our part in fighting crime by organizing neighborhood patrols. Residents can form their own residents’ associations and link up with police stations nearby. It is only when the public becomes more vigilant and work hand-in-hand with the police that we see a significant reduction in crime.

More crime prevention campaigns should be organized to reinforce public awareness of the need to act together to combat crime. The media should not only report sensational news, such as brutal killings and grisly murders. Take as an example, most people by reporting the problems to police can play an indispensable role in crime-prevention activities. In addition, when people themselves care about decreasing heinous crimes in cities, it can be sort of a preventive action to harness well the situation in society by the government as well. It should educate the public on crime prevention. With responsible reporting, the media can help to create awareness and make the public more safety conscious.

Crime prevention is a collective responsibility. Although police presence has a strong impact on fighting crime, the public too can play its role by improving security on the streets and our neighborhoods. It is quite obvious that the rate of crimes are increasing day by day in all societies in the world, but I personally do believe that there are a lot which can be done by both the governments and the individuals to reduce the crimes in communities. Only then can we help to mitigate crime. We must come together in a true spirit and be resolved to fight crime.