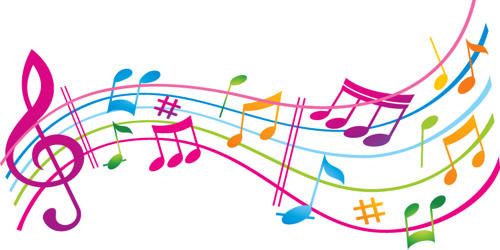 The folk song is a type of song sung in the traditional style of a country or community. The songs and music of a community which remain uninfluenced by any sophisticated musical rules or any standard music styles are basically called a folk song. The folk song includes the lifestyle of the rural people, with all their hopes, expectations, sorrows, and dreams. Bangladesh has a heritage of rich folk music which includes both religious and secular songs. The major folk songs of our country are Baul, Bhatiyali, Murshidi, Marfati, Jarigan, Jatragan, Sharigan, Kabigan, Gambhira, etc. These songs are different from the others in themes, words, and tunes. They mainly reflect the joys and sorrows of the common people of the community or the country.

Folk songs are sung by professional or amateur singers. They may be sung individually or in chorus. It has some significant characteristics. It is composed of rural folk based on ancient rules transmitted orally.  These songs have their traditional specialties. For example, Palligiti tells the joys and sorrows of the village people. Bhatiali tells the joys and sorrows of the people whose lives are closely related to the rivers of Bangladesh. Lalongiti is a devotional or philosophical song about creator and creation. Classical or modern music has not influenced these ancient rules of music. The traditional musical instruments of our country are Tabla, Dhol, Madal, Ektara, Etansi, Sitar, Kartal, Mandira, Dotara, Sarad, Sarinda, etc. It is basically composed and performed by illiterate or semi-literate rural people. The culture and the lifestyle of the different tribes have also influenced folk music. Tribes like the Santal, Garo, Hajong, Chakma, Manipuri, Tripuri, Marma, etc. have an immense influence on ethnic Bengali culture and lifestyle.

Folk songs may be sung individually or in chorus. Folk songs sung individually include Baul, Bhatiyali, Murshidi, Marfati, while songs sung in chorus include Kabigan, Leto, Alkap, and Gambhira.  Some famous singers have made folk songs popular among the people of Bangladesh. They are Shiraj Saiah, Lalon shah, Shah Abdul Karim, Hasan Raja, Abbas Uddin‚ Abdul Alim and Radha Roman who are the notable folk singers in Bangladesh. In Bangladesh, folk music is losing its appeal to young guys day by day.

At present, the young generation shows less interest in folk songs. Modern pop or band songs are greatly influencing the common folk’s tastes. In general, band and pop music is becoming more and more popular among the young generation. Since folk song symbolizes our own culture and tradition. The government should take some steps to retain our old heritage and culture. We should keep ourselves attached to folk songs. All of us should become forward to preserve our rich, ancient and significant folk song.