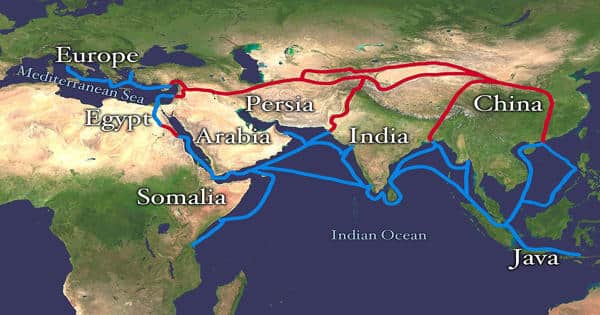 Globalization and the Human Empire

Globalization is the buzzword of today. The economies of the world are being increasingly integrated. Mobile phones and Internet have brought people closer. The world is becoming a smaller place. Goods, which were once confined to western countries, are available across the globe. Work can be outsourced to any part of the world that has an Internet connection. Because of improvements in traffic infrastructure, one is able to reach one’s destination in a relatively short span of time. Globalization means increasing the interdependence, connectivity, and integration on a global level with respect to the social, cultural, political, technological, economic, and ecological levels.

Globalization is an ongoing process by which mainly regional economies, societies, and cultures have become integrated through a globe-spanning network of communication and execution. Sometimes the term is used to refer specifically to economic globalization: the integration of national economies into the international economy through Trade, Foreign Direct Investment, Capital Flows, Migration, and the spread of Technology. However, it is usually being driven by a combination of economic, technological, socio-cultural, political, and biological factors. It refers to view the entire world as a single market and a single manufacturing base. The supply chain of a product may transcend all political boundaries. For example, A Dell laptop being sold in India may be composed of sub-assemblies from China, Korea, and Japan although Dell is an American company.

History of Globalization: The historical origins of globalization are the subject of ongoing debate. Though some scholars situate the origins of globalization in the modern era, others regard it as a phenomenon with a long history. Frank, an economist, argues that a form of globalization has been in existence since the rise of trade links between Sumer and the Indus Valley Civilization. Critics of this idea point out that it rests upon an overly broad definition of globalization. Although Globalization is a recent phenomenon, it has been practiced in crude form since time immemorial. Even ancient civilizations of the Indus Valley, Mesopotamia, and Egyptian Civilization did not live in isolation and had trade linkages. In medieval times, Arab Traders provide a vital link for trade between India and Central Asia, Europe. Industrial Revolution in England and other European countries resulted in mass production and a market for surplus goods had to be found in erstwhile colonies. However, with the end of the colonial era after the Second World War, this form of globalization of colonial nature also came to an end.

Modern globalization: In the middle decades of the twentieth-century globalization was largely driven by the global expansion in the United States and Europe, and worldwide exchange of new developments in science and technology, and export of western culture through the new mass media: film, radio, and television and music recorder. The development and growth of international transport and telecommunication played a decisive role in modern globalization.

The spread of globalization slowed down during the period from the start of World War I until the third quarter of the twentieth century. However, the pace picked up rapidly during the fourth quarter of the twentieth century. In World War II, which is largely the result of planning by politicians to break down borders hampering trade to increase prosperity and interdependence thereby decreasing the chance of future war. Their work led to an agreement to lay down the framework for international commerce and finance, and the founding of several international institutions intended to oversee the processes of globalization. These institutions include the International Bank for Reconstruction and Development (World Bank), and the International Monetary Fund (IMF). Technology advancement has reduced the costs of trade, originally under the auspices of the General Agreement on Tariffs and Trade (GATT), which led to a series of agreements to remove restrictions on free trade.

Role of Globalization: The process of Globalization ensures that the “have nots” do not suffer due to non —availability of required techniques, expertise and it thus prevents “Reinventing the wheel”. Even the people of developing world can make avail of the latest equipment and gadgets. For example, even with no major Indian mobile handset manufacturer, India has more than 500 mn. mobile users. Globalization has thus brought the world together and has enabled us to share the resources in a better and effective way leading to human development. Globalization has redefined the political relations among the Nations and world leaders realize that economics has to take over politics. US and Russia have moved closer. The US is selling Treasury Bonds to China to get out of recession and thus fostering a new US-China relationship. The process of globalization has played a vital role in breaking the ice between the nations.

Globalization is not just an economic process but it has much wider social and cultural implications. An Indian working in a BPO in a metropolitan city has a totally changed lifestyle. He sleeps when America sleeps, is awake when America is awake, his food habits may become more American than Indian. This may result in a cultural shift of a nation and may lead to a hybrid culture. We may get a generation whose thought process is not polluted from age-old evils like caste system, dowry, etc but at the same time may not exercise moral restrictions like on premarital sex, extra-marital affairs resulting in the collapse of the basic family structure in India. Thus, such a hybrid culture, which may evolve-have both positives and negatives, and an approach to curb the negatives should be adopted.

Globalization, on the one hand, has transformed the economies of many nations including India, China and has brought them to the fore of world politics; on the other hand, it has raised doubts in the minds of developing and underdeveloped nations about the intentions of developed countries. They found themselves at loggerheads with each other on various platforms like WTO and Climate Change. The time has come for resolving all such differences and make suitable reforms and modifications in the existing institutions and structures. Emerging Nations like India and China can play a vital role in eliminating the existing misunderstanding and evolving a “Win-Win” situation for all. If it happens, the day would not be far when we would realize the philosophy of “Vasudev Kutumbkam” — in letter and spirit.

Negative Effects: Globalization has been one of the most hotly debated topics in international economics over the past few years. It has also generated significant international opposition over concerns that it has increased inequality and environmental degradation. It has also helped to spread some of the deadliest infectious diseases known to humans as HIV/AIDS. Opportunities in richer countries in poor countries lead to brain drains.

It is becoming increasingly difficult to maintain food security. Growing populations, falling energy sources and food shortages will create the “perfect storm” by 2030. The world will have to produce 70% more food by 2050 to feed a projected extra 2.3 billion people, the United Nations’ Food and Agriculture Organization (FAO) warned.

In late 2000s, much of the industrialized world entered into a deep recession. Some analysts say the world is going through a period of delocalization after years of increasing economic integration. Up to 45% of global wealth had been destroyed by the global financial crisis in little less than a year and a half.

Anti-Globalization: The “anti-globalization movement” is a term used to describe the political group that opposes the NEOLIBERAL version of globalization, while criticisms of globalization are some of the reasons used to justify this group’s stance. It may also involve the process or actions taken by a state in order to demonstrate its sovereignty and practice democratic decision-making. Anti-globalization may occur in order to maintain barriers to the international transfer of people, goods, and beliefs, particularly free-market deregulation, encouraged by organizations such as the International Monetary Fund or the World Trade Organization (WTO).

Critics of Globalization: The critics of globalization typically emphasize that globalization is a process that is mediated according to corporate interests, and typically raise the possibility of alternative global institutions and policies, which they believe address the moral claims of poor and working classes throughout the globe, as well as environmental concerns in a more equitable way.