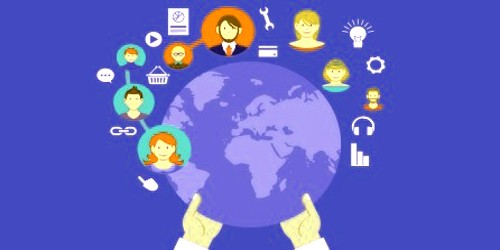 Globalization has become a ‘buzzword’ in the new era of international relations. Basically, it is a process of expanding trade and commerce all over the world creating a borderless market. Thus, the globalization process turns the world into a global village. Bat there is a big question whether globalization is a blessing for all the countries in the world. It is the expansion of various businesses to the global markets throughout the world. I think it is not an unmixed blessing for poor countries. Obviously, it is not an unmixed blessing for Bangladesh too. It is very necessary for a company to make success easier by effectively globalizing selling products to the international market. It is very hard to decide whether the revolution of the global marketplace is beneficial or harmful to humanity. It is still a big confusion. The effects of globalization have been seen on the tradition, environment, culture, security, lifestyle, and ideas.

Globalization is mainly related to the borderless market. This is an open competition among countries of the world. It is a matchless competition between the strong and the weak. Consequently, the strong, the developed countries are the winners. It is to increase the connectivity and interdependence of the businesses in the worldwide markets. It is the creation of a successful interconnected marketplace without any limitation of time zone and national boundaries. If we take it positively, it may eradicate regional diversity and establish a homogenized world culture. Understanding the current status of Globalization is necessary for setting the course for the future.

Globalization wants to create a borderless market for expanding trade and commerce. Hi-tech communication media and rapid transportation facilities actually turn the world into a global village and create a borderless market. So, we see that Globalization is now only what modem technology makes possible. Globalization can have a better prospect if the rich or the developed countries deal with the poor countries sympathetically with a helping attitude. Selections about harmful consequences should really be solved instantaneously by the globe. It facilitates any country to participate, set up or merge industries, invest in equity or shares, selling of products or services in any country.