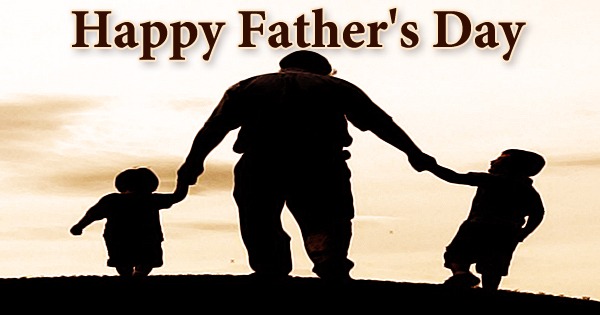 Father’s Day is observed around the world to honor the contributions that fathers and father figures make to their children’s lives. Fatherhood and male parenting are honored on this day. Although it is observed on a number of dates around the world, it is most commonly observed on the third Sunday in June in various nations. Since the Middle Ages, the 19th of March has been observed as Saint Joseph’s Day in Europe. Sonora Smart Dodd originated Father’s Day in the United States, which was first observed on the third Sunday in June in 1910. The day is observed on various dates around the world, with local regions commemorating fatherhood in their own unique ways. Father’s Day is observed on a different date in different countries. Argentina, Canada, France, Greece, India, Ireland, Mexico, Pakistan, Singapore, South Africa, and Venezuela are among the countries that have experienced it. Father’s Day is celebrated on the first Sunday in September in Australia and New Zealand. It is commemorated in Thailand on December 5, the country’s king’s birthday. On the second Sunday in August, Brazilian fathers are celebrated. The purpose of the day is to recognize and express gratitude for the importance of father figures in the lives of children and society as a whole. UNICEF had also emphasized the importance of dads in early childhood education. The commemoration of this charming, loving paternal tie is widely observed throughout the world, however, the dates may differ in various nations. In Lithuania and some parts of Spain, Father’s Day is a recognized public holiday, as it was in Italy until 1977. Estonia, Samoa, and South Korea, where it is known as Parents Day, observe it as a national holiday. Similar festivities celebrating family members, such as Mother’s Day, Siblings Day, and Grandparents’ Day, complement the event. Many people make a particular effort for their fathers or father figures on Father’s Day. Some people pay visits to their fathers, while others send cards, flowers, or other gifts like clothing, sporting equipment, or high-end food. Because Father’s Day is a relatively new event, each family has its own traditions. These can be as simple as a phone call or a greeting card, or as elaborate as massive gatherings honoring all father figures in a family. Fathers, stepfathers, fathers-in-law, grandfathers, great-grandfathers, and even other male relatives can all be considered father figures.

On Father’s Day, there are a lot of different ways to honor your father. It’s one thing to pick out the perfect Father’s Day present and write a nice message in his card, but it’s also crucial to make sure that your father’s special day is packed with activities that will bring him even closer to the people he cares about the most: his children. Due to the growing exposure of individuals to western cultures in these locations, there is a stronger awareness of Father’s Day celebrations in metropolitan centers and larger villages. In Mexico, Father’s Day is known as “Da del Padre,” and it is a day when many families come together, make dinners, and give gifts to their fathers or father figures. Many social and cultural societies in South Africa celebrate Father’s Day to emphasize the importance of fathers in raising children and establishing a stronger society. Some speculate that the origins of Father’s Day can be traced back to pagan sun worship. The Sun is considered the father of the universe by some sects of paganism. Because the June solstice falls around the same time as Father’s Day, some people believe the two are connected. The concept of a dedicated day to recognize and celebrate dads originated in the United States. Sonora Smart Dodd, a woman from the area, was inspired by the American Mother’s Day celebrations to organize a day to honor fathers. Since 1910, Father’s Day has been observed in the United States in June. The British and other countries’ celebrations are said to have been influenced by the American tradition of Father’s Day. This is in contrast to Mother’s Day, which has a very different history in the United States and the United Kingdom. There is also material stating that Father’s Day was marked in West Virginia on July 5, 1908, following a mining tragedy in Monongah, USA, to remember the fathers who died in the disaster. In most nations, Father’s Day is not a federal holiday, with the exception of Thailand, where it coincides with the King’s Birthday, which is a public holiday. Because Father’s Day falls on a Sunday in other countries, official offices are closed and just a few businesses are operating. Weekend timings apply to public transportation. People who wish to eat at a restaurant on Father’s Day should consider making a reservation in advance, as restaurants may be busier than normal as many people treat their fathers to a special meal.