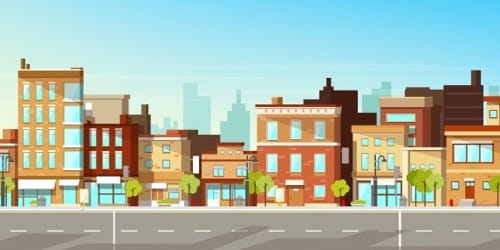 Housing Problem in a Modern City – an Open Speech

The Housing Problem in a Modern City – an Open Speech

The shelter is the basic human requirement. Whenever national economy permits, whenever commerce and industry flourish, cities are nowadays passing through a process of modernization. In the ‘newer’ cities, the process has been ever faster, and of these, Singapore, which we will examine later, is a typical example. The problem has further been compounded by the rapid increase in the urban population. But in all cities, the tendency has been to convert city residential areas to other purposes, and the result has been the proliferation of problems; housing shortage, and the resettlement of large groups of workers to suburban areas; the social changes involved in such moves, and so on. Constant migration of rural population to cities in search of jobs is causing unbearable strain on urban housing and basic services.

There is a severe housing shortage in the urban areas with a demand-supply gap increasing day-by-day. Generally, the residential areas in the center of cities have become neglected, giving rise to overcrowding and the creation of slums, while the wealthier professional and managerial classes have steadily moved out to suburban or country houses. So, whether the changes have come about through government policy or were made necessary by war-time destruction, they have been changed for the better.

If a modern city is to play any real part in the modern world, its central areas must exclude dwelling places, except perhaps those which are preserved for historical and cultural reasons. The needs of civilized life have to be met, and there simply isn’t room unless ‘skyscraper’ blocks of flats are built – and on the whole, these can be built in suburbs, when there is pressure on space, as in Hong Kong. Secondly, land values in the center of cities are very great, and rents, therefore, become uneconomic or have to be subsidized by the government. It is not difficult to see why these land values are so great when the competition to build ‘at the center of things’ is so great. The list of the various kinds of public buildings, all competing for space, is enormous.

The result is that the government, or property speculators, buy land and housing property, demolish the house, and erect some kind of public or commercial building in their place. An acre of land in central London can, for this reason, be worth more than a million pounds sterling.

At the same time, it is realized that you cannot run a large city unless the workers are there to run it. or near enough to commute by bus, train, car or bicycle. Unless architecturally planned as ‘satellite townships’ such areas soon tend to become depressing warrens of ‘living units’, utterly featureless and lacking even the ‘character’ of the old-fashioned slums. But this is only of the problems attending a re-housing area. New facilities in the home mean changed ways of life. The lost ‘community spirit’ has to be re-created. Clubs, churches, temples, shops, and sporting facilities have to be introduced if the new area is to have any individuality if the older people are to be saved from boredom and the younger people from delinquency.

The government has now started focusing on providing housing facilities but has not thought much about solving problems that are connected with human settlements, such as the problems of improving and managing the civic services, constructing inexpensive houses and conserving energy and recycling waste. Lack of proper water supply and sanitation facilities for the drainage systems and garbage disposal are major problems in most of the modern urban centers of today.