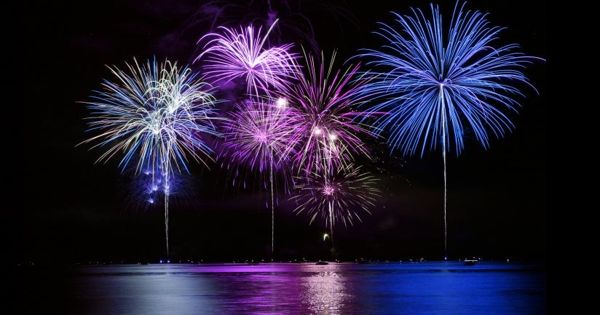 How the New Year is celebrated – an Open Speech

How the New Year is celebrated – an Open Speech

In fact, for the Chinese, Chinese New Year is their most important festival.

Preparation starts months ahead, usually with spring-cleaning. Many people give their houses a new coat of paint to spruce them up. Some people put up paper couplets with wise sayings on the front doors. In many households where Buddhism or Taoism is practiced, home altars and statues are cleaned thoroughly too.

A shopping spree also takes place at the same time. New clothes are bought for everyone. New year cookies like ‘love letters’, pineapple tarts, and niangao are musts in every household. They all have auspicious significance indicating a prosperous year ahead. All varieties of delicacies are bought in preparation for the reunion dinner.

The dinner on the eve is a very special dinner as all members of the family come back for it. The married sons will bring their families with them. Usually, a feast is laid out with fish and chicken and all kinds of treats for the family. Each family has its own countdown party with more food and drinks.

On the first day of the new year, in traditional families, the children will offer tea to their parents. The parents will then give angpows, red packets with money, to their children. This is to wish them good luck and blessings for the new year. Another custom is to visit the oldest and most senior members of the extended family, usually their parents, grandparents, or great-grandparents. No sweeping is allowed on the first day so brooms and dustpans are put away. This is to ensure that good luck is not swept away.

Chinese New Year is celebrated for fifteen days. The seventh day is another special day. It is traditionally known as ‘renri’, the common man’s birthday, the day when everyone grows one year older. It is celebrated by eating a colorful raw fish salad, yusheng. As people toss the colorful salad, they make wishes for continued wealth, health, and prosperity.

There are two other significant days. One is the ninth day or rather the midnight of the eighth day. It is an important day for the Hokkiens as they make thanksgiving offerings to the Jade Emperor of Heaven. The other is the fifteenth day. It is celebrated as Yuanxiao jie or Chap Gob Mei. Rice dumplings (tangyuan), sweet glutinous rice balls brewed in a soup, are eaten. This marks the end of the new year celebrations.

In conclusion, we can see that Chinese New Year is a time for all to get together and renew their family bonds. It is the promise of fresh beginnings and hopes of prosperity for the whole family.