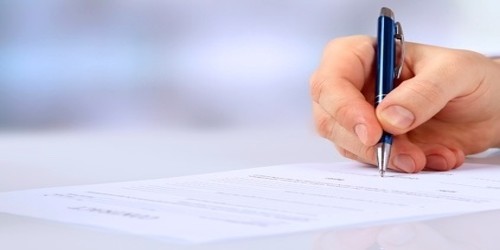 How to draft a Termination Letter?

Termination letters are also called a pink slip, contract termination letter, letter of separation, and notice of termination of employment. For the recipient, it is an embarrassing situation and sees to it that you don’t make it more embarrassing by drafting a wrong letter or by using bad words or by showing aggressive behavior. Before terminating an employee’s employment because of unsatisfactory performance and/or conduct, you should make every attempt to address the issues. A key part of the termination process is a well-written termination letter.

For the unresponsive and irresponsible behavior of an employee, you can terminate him or her but in an ethical way. If you don’t want this to happen, then don’t try to lash your anger on the recipient. It is a necessary part of the employee termination process.

Below are the few points that can help you to draft a successful termination letter:

In certain situations, you may have all possible reasons to terminate an employee but before doing so ensure that you know the right termination procedure. Go through your company policies, before drafting such a letter.

Directly, don’t start drafting a termination letter on the letterhead of the company. First, draft a rough letter and let the management team or a manager review the letter. Try to find the mistakes, if any. While roughly drafting this letter, it is important for you to pour out your anger and frustration.

Write to the point

It is important to write such a letter in a straightforward manner but that does not mean you are allowed to be blunt. Write a letter to the point and in a concise manner. Mention the reason in a short and simple manner, without hurting the ego of a reader.

While writing such a letter, you don’t have to get emotional. Being sensitive towards the reader is considerable but getting emotional is not done. Understand, that it is a formal letter and should be drafted in a professional manner.

Make use of the positive approach

Make your employee or recipient, realize his or her mistake in a positive manner. Don’t write such a letter, in any kind of wrong influence.