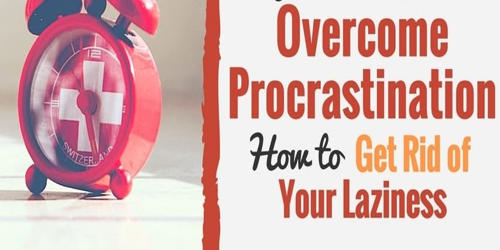 How to Stop Procrastinating – an Open Speech

How to Stop Procrastinating – an Open Speech

Procrastination is a challenge we have all faced at one point or another. For as long as humans have been around, we have been struggling with delaying, avoiding, and procrastinating on issues that matter to us.

During our more productive moments, when we temporarily figure out how to stop procrastinating, we feel satisfied and accomplished. Today, we’re going to talk about how to make those rare moments of productivity more routine. The purpose of this guide is to break down the science behind why we procrastinate, share proven frameworks you can use to beat procrastination and cover useful strategies that will make it easier to take action.

Definition: Procrastination is the act of delaying or postponing a task or set of tasks. So, whether you refer to it as procrastination or akrasia or something else, it is the force that prevents you from following through on what you set out to do.

Human beings have been procrastinating for centuries. The problem is so timeless, in fact, that ancient Greek philosophers like Socrates and Aristotle developed a word to describe this type of behavior: Akrasia.

Akrasia is the state of acting against your better judgment. It is when you do one thing even though you know you should do something else. Loosely translated, you could say that akrasia is procrastination or a lack of self-control.

You cannot rely on long-term consequences and rewards to motivate the Present Self. Instead, you have to find a way to move future rewards and punishments into the present moment. You have to make future consequences become present consequences.

This is exactly what happens during the moment when we finally move beyond procrastination and take action. For example, let’s say you have a report to write. You’ve known about it for weeks and continued to put it off day after day. You experience a little bit of nagging pain and anxiety thinking about this paper you have to write, but not enough to do anything about it. Then, suddenly, the day before the deadline, the future consequences turn into present consequences, and you write that report hours before it is due. The pain of procrastinating finally escalated and you crossed the “Action Line.”

There are many ways to force you to pay the costs of procrastination sooner rather than later. For example, if you are exercising alone, skipping your workout next week won’t impact your life much at all. Your health won’t deteriorate immediately because you missed that one workout. The cost of procrastinating on exercise only becomes painful after weeks and months of lazy behavior. However, if you commit to working out with a friend at 7 a.m. next Monday, then the cost of skipping your workout becomes more immediate. Miss this one workout and you look like a jerk.