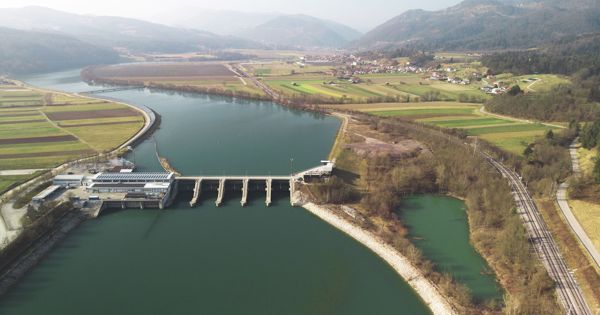 When India became free, she took up the development of hydro-electric power as the key to the solution of the economic problems that faced her. She undertook big river valley projects, and she has been spending millions to push these projects towards completion as early as possible. And she is doing right. The use of hydro-electric power will mean a complete transformation of the pattern of village life which has been continuing unchanged probably since prehistoric times. Without this transformation, there cannot be real progress in the country. The craft-centered village economy will be replaced by a machine-geared urban economy. The villages will be urbanized.

In an age of machines it is of the utmost importance to have the maximum kilowatt of electric power at the minimum cost. The production of this electric power from natural water-power is most efficient and economical where the rapid’ flow of hill-streams can be utilized to move generating turbines. Power so generated can be carried over a vast area, and made available in large quantities for fields and factories as well as for domestic consumption. It is an indispensable step towards large-scale industrialization.

The development of a hydro-electric scheme, will result not only in the production of cheap and abundant electric power. That certainly is its principal objection, but its influence in other spheres is almost equally important. In the first place, by conserving the excess of water in the rainy season in well-planned lakes at strategic places, it will effectively control the periodical floods that have devastated our country from time to time. Secondly, by controlling the flow of the river water and regulating its supply through a network of canals, it will cause immeasurable improvement to the irrigation of the soil. In an agricultural country, the overwhelming importance of this can be easily understood. Instead of a year of flood being followed by a year of drought, it will be possible to conserve the excess water during the rains relieve to distress during drought. Thirdly, it will prevent denudation of the soil which is such a menace to our agricultural economy. It will put a stop to the flood-water washing away the upper layers of soil and adding to the deposit of silt in rivers. Fourthly, a well-planned scheme for hydro-electric power will ensure the scientific planting of forests. Afforestation, not only for the soil conservation, but also for regulating rainfall, is of the highest importance, and it has yielded wonderful result in Soviet Russia. Thus a single capital outlay on the scheme will benefit the country in a variety of ways,—for which these projects are called multi-purpose.

A successful multi-purpose scheme based on hydro-electric power development can only be undertaken by the State. Its initial cost is so high and its benefits so deferred in character, that the capitalist will not invest money in it, for he wants quick return of profits on his investments. Besides a big scheme involves interference with the Life and economy of vast areas which no private individual is cornpefent to undertake. The approach to these schemes must be different, from the usual profit-hunting motive. For the object of the scheme is not the increase of profits which concerns the individual, but the increase of wealth which affects the nation. The State alone can think of producing power, not for profit’s sake only, but for national welfare. It can command not only the finances required, but can co-ordinate available resources over a wide front.

For the scheme is, as we have indicated, multipurpose in character. This was shown by Russia who undertook the Dnieper —-441n Scheme in 1928, and changed the economic life of Ukraine. That is what the Tennessee Valley Scheme in America has done on a large-scale. Cheap electric power on a vast scale is produced by, controlling swift water-current, so that it may run machines, give light and heat, relieve human drudgery, and produce consumer’s goods cheaply arid efficiently over a wide area. It will also help the villages to become centers and units of national life, humming with activity and brimming with creative energy. It will ensure the development of scientific agriculture and of small-scale industries as vital to a dynamic economy. Instead of the wasteful unplanned economic life in our stagnant villages, every effort will be made to utilize to the maximum all available resources.