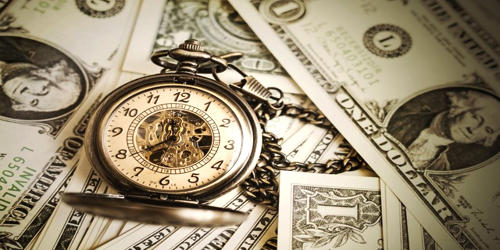 If I Were A Millionaire

If I Were A Millionaire

Firstly, I would invest a portion of the money in the industry, where many unemployed youths of my locality would get employment opportunities. This investment would be, to some extent, helpful for industrialization of our country, and by exporting the products, I would be able to earn a substantial amount of foreign exchange which would ultimately help the nation as well.

I know I get an education under very difficult circumstances. So I shall open schools and colleges for the education of all. Then I would establish a high school, a girls’ school, a madrasha, an orphanage, and a mosque in my village for the enlightenment of the villagers with the light of education. I would introduce vocational education to the school and madrasha. In madrasha, comparative study in other religions would also be introduced to know about other religions very extensively, so that the students coming out from madrasha would neither be a fanatic nor orthodox Muslims. I would very much wish to encourage social service in the country. I shall make a trust which will look after the welfare of orphans.

Afterward, I would join politics. But I would not join politics to earn more money and deceive the people. Rather, I would do it to establish real democracy, social justice, and thus ensure the even distribution of wealth as well as exploitation-free society. As a political man, I would help the people so that they can enjoy all fundamental rights including human rights as ensured by our constitution. It is a pity that in our country wealthy persons do not possess charitable qualities. I shall lead a noble life and cut down my own expenses so that I may help others to live better.

I would not merely hanker after power and wealth as the majority of our political leaders do in our country. 1 would always try to rise above self-interest and sacrifice my life for the betterment and welfare of my nation. Then if a good portion of the money is left, I would visit the historical places of the world. I would visit Eiffel Tower in Paris, British Museum in London, Oxford and Cambridge University, Washington D.C, Niagara Falls, Tajmahal of Agra, etc. to gain experience and inspiration which I might use in my political career.

A wealthy man can do much good in this world. Wealth often spoilsman. The money along with comforts and care brings evil also. Rich men are generally victims to one evil or the other. I have a natural dislike for the base and the disreputable. I was born human and shall live a pious and noble life. This duty openly man owns to god. I shall fulfill this duty. I shall set a noble example before others and shall be a brilliant light for misguided millionaires.

I am a noble-hearted and simple person. I don’t know whether my dream will come into reality or not.  That is what I could remain even if I become a millionaire.