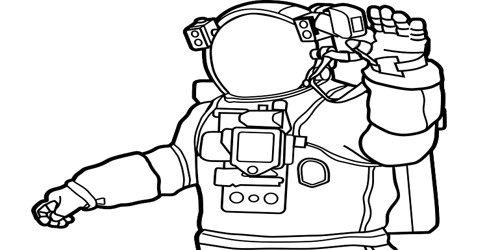 If I would spend some time on the Moon

If I would spend some time on the Moon

To date, only some astronauts have been to the moon. Certainly I would like to spend some time on the moon, but that seems to be impossible for the moment. Anyhow, based on what I have read about the moon, I can imagine what it is like to be on it.

There is no air on the moon. The implications are obvious. I will always need to wear a spacesuit that has its own air supply. Never will I be able to walk around in a T-shirt, shorts, and sandals. Without a spacesuit, my eyeballs and other organs will possibly explode because there is no atmospheric pressure to help maintain their size and shape.

Secondly, there is no water on the moon. So there are no rivers, seas, ponds, rain, snow, clouds, thunder or lightning. The moon is a pretty desolate and silent place. In fact, it is lifeless as no living organism as we know it can survive there. So there will not be any other animal or vegetation on the moon, just rocks sand.

Another consequence of the absence of air and water on the surface of the moon is that the sky will always appear black. There are no clouds and air to produce the effect of a blue sky that we so familiar with on earth.

The force of gravity on the surface of the moon is about one-sixth of that on the surface of the earth. This means that I will only weigh one-sixth of what I weigh on earth. Thus I should be able to jump much higher and further than on earth. I can imagine breaking the world’s high-jump and long-jump records with every step I take. As gravity is low, the movement will occur in actual slow-motion.

It would certainly be quite an experience to be on the moon. Things are quite different compared to those on earth. still I think I prefer things here on earth where my body is made for. I don’t want to be wearing an oversized spacesuit and living in contained quarters indefinitely. It is far better back on earth where I am able to run free on the beach, take a dip in the sea or simply lie back on the cool grass and look at the moon. Actually, the commitment to getting to the moon is a hard-fought battle that takes many years and many sacrifices along its glorious path.