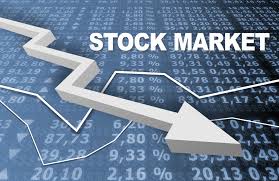 Importance of Stock Market in Bangladesh

Importance of Stock Market in Bangladesh

One of the most burning questions today is what the use of the capital market is and why the government should get involved to stabilize the market. Why should we care about the prospect of the market, if it does not contribute to our economy? Apparently, it seems that stock market does not keep any connection with the economy. But this market offers a great opportunity for the whole economy if we can grab it properly: Firstly, the companies can arrange their long term capital for business expansion from market with a minimum cost. The banks are suitable only for short term and mid term financing. Secondly, the companies listed in the stock market come under regulation of Securities and Exchange Commission, which ensures the corporate governance of the companies. The financial statement of listed companies is quite informative and valuable than unlisted companies. Thirdly, the most important factor is that stock market can attract investment. People reduce their consumption and invest here to earn better in future. Fourthly, stock market can finance huge fund for large projects easily. Finally, stock market is considered as the barometer of economy. An efficient stock market is the leading indicator of the economy.

How volatile Bangladesh’s Stock Market is?

“According to the famous Capital Asset Pricing Model, Market return, proxies by return from a broad-based market index should be related to the risk associated with macroeconomic health of the an economy as the later affects an individual firm’s cash flows and the systematic risk component. Therefore, the overall performance of Macroeconomic condition of a firm in terms of its contribution to the market portfolio return, in turn, can be evaluated based on some macro variables like GDP growth, inflation, etc. As far as a risk adverse investor is concerned, uncertainty is the most important factor in pricing any financial asset. According to most asset pricing theories, uncertainty or risk is determined by the covariance between asset return and the market portfolio. Although it has been recognized for quite some time that the uncertainty of speculative prices, as measured by the variances and covariance, is changing through time, it was not until recently that financial economists have started explicitly modeling time variation in second- or higher order moments. Sufficient evidences are still to come from emerging markets like the Dhaka Stock Exchange (DSE) in Bangladesh. Their paper showed how predicted macroeconomic volatility is related to the predicted stock market volatility in Bangladesh. “Results showed that the relation between stock market and macroeconomic variables is not strong. It was also found that industrial production volatility Granger-causes stock market volatility and stock market volatility Granger-causes inflation uncertainty (volatility). However, in the absence sufficiently large number of investors and analysts in Bangladesh capital market, it might have reflected the investors’ reaction in reverse direction. The dearth of qualified analysts and institutional investors is a well-known fact in the emerging markets like the one in Bangladesh.”

Current situation of the investors

–      Most of them have hard that the market is quite profitable.

–      Most of them have heard that earning profit is quite easy and academic knowledge is not that much necessary. All they need to do is to stay in the market for few  days

–      Market is above average volatile

–      Young investors are increasing in number

–      Number of brokerage house has been increased so fast

Growth of Listed Number of Companies

The financial market contribution in capital market in terms of market capitalization has increased significantly in FY 2010-11. In this year the banks, insurance including mutual funds have jointly contributed 53 percent of market capitalization whereas pharmaceuticals and chemicals, textile industries, food and allied products and engineering have jointly contributed 21 percent of total market capitalization. The short term larger profit of financial sector has induced the investors to make a larger investment in financial sector than those of real sectors. Therefore in short run the profit has been maximized but in the long run it can make a disturbing effect on the economy which has already been observed through capital market downward trend and zero recovery in the capital market in this year.

There was a huge surge in the stock market in 1996 evidenced by an enormous increase in the market capitalization. Total annual turnover and daily average turnover in DSE general index increased from 775.65 in January 1996 to 3064 in November, 1996.  After an increase in the general index of DSE for a short period, the index started to fall down dramatically and in December 1996, the index fell down to 2300.15. The short time ‘game plan’ made the investors to invest more in the capital market but when this ‘game plan’  achieved its goal;  the confidence of the investors was significantly damaged because of excessive speculations, allegedly aggravated by widespread irregular activities. This fall down of general index of DSE continued over the calendar year of 1997. In April 1997, the general index of DSE was 957.48 while in December 1997 it fell down to 756.78.

The percentage change in monthly closing index of DSE during capital market clash of 1996 shows that the price volatility of this market structure. The index took only three months to reach the Bangladesh Economic Update, October 2011. In July 2009 the general index of DSE was 2914.53 while in November 2010 it increased to 8602.44.peak and short run game plan indicated that a carted of investors probably was engaged in this game. The change of general index of DSE remained between 1 to 10 percent during January 1995 to June 1996 but in July 1996 the index increased by about 20.55 percent than previous month and in September 1996 and October 1996 the index increased by 38.8 and 76.67 percent respectively and then it started to fall down and in December 1996 and March 1997, the general index of DSE fell down to 24.95 and 32.24 percent respectively.

THE CAPITAL MARKET SCENARIO IN 2011

The percentage change of general index during the downward trend of capital market in 2011 suggests a crafted long term ‘game plan’. By creating a artificial demand and sustaining it for a long time they made a strong confidence in investors.