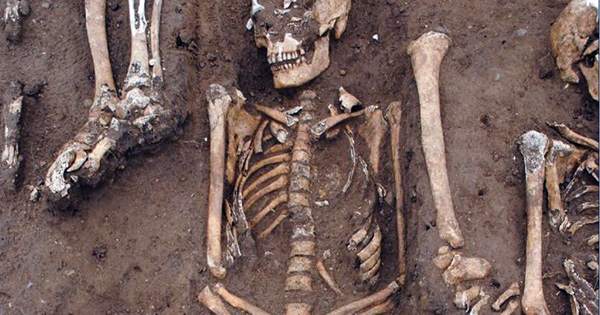 In Medieval Europe, the Dead and Buried weren’t Left to Rest

In early medieval Europe, the dead and burials did not need to end. Archaeologists have recently highlighted that an astonishing proportion of tombs throughout Europe from the fifth to the eighth century AD were reopened shortly after the burial of a person. Earlier it was thought that these people were the victims of serious robberies, but now it is being speculated that this is actually evidence of Macbury Mortuary’s ceremony. In a statement sent to IFLScience, Dr. Allison Clevens of Stockholm University said, “For more than a hundred years, archaeologists in many European countries have discovered early medieval tombs that appear to have been snatched from their graves soon after they were buried.” “But over the decades, many excavators have realized that something unknown is going on,” he said in a statement sent to IFLScience.

In a new study published in the journal Antiquity, researchers from Stockholm University in Sweden, the Austrian Academy of Sciences and the University of Leiden in the Netherlands identified hundreds of graves from dozens of cemeteries in England from Transylvania. Since the corpses appeared to have been opened and mixed with graves before they were completely stunned, they were torn down shortly after they were rested. The reason behind this strange practice (surprising to us 21st century people) may be that each culture differs from region to region, influenced by its own by-themes. But to put it bluntly, researchers believe that graves were disturbed to remove selected objects, to remove specific body parts, or to move corpses.

Although the practice is relatively rare, researchers have found steady evidence of excavating corpses and removing or rearranging their skulls. In one particularly surprising case, the study authors identified a tomb in Bavaria that was reopened for the purpose of attaching the body of a (possibly dead) dog. In the case of removal of objects, it would not be considered a serious snatching operation as most of the objects fell into such a bad condition when their practical use or economic value was very low when they were recovered.

Perhaps instead, they were restored as a small memorial to the dead. Although it is worth repeating that the motivation for these works is unclear, the researchers argued that the reopening of graves was generally a positive practice, perhaps used as a way to come to terms with the death of a loved one or community member.