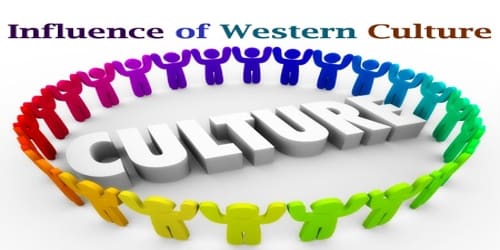 Culture is the way of life. It embraces the philosophy of life, taste, tradition, mentality, skills, etc. Actually, a society or community’s culture is reflected in its art, music, literature, etc. It is also a superior work of intellectuality and is regarded as a social distinction. At present two sharply distinguished cultures ‘Eastern’ and ‘Western’ are dominating in two parts of the world. Eastern culture is based on religions like Islam, Hinduism, Jainism, and Buddhism. These religions exercise such an impact upon its followers that they are too reluctant to accept or follow any other dictate, culture, and instruction. Eastern culture dominates over countries like India, Bangladesh, Pakistan, China, Burma, Japan, Indonesia, Sri Lanka, and the Middle East. On the other hand, western culture is that of the USA, the UK, and the European countries and so on. The western culture is based on individual’s rights, needs, privileges, attitudes, and ways of life having more scientific and materialistic notions. Western culture, sometimes equated with Western civilization, Occidental culture, the Western world, Western society, and European civilization, is the heritage of social norms, ethical values, traditional customs, belief systems, political systems, artifacts and technologies that originated in or are associated with Europe. Western culture has its roots in Greco-Roman culture from before 800 B.C.E. Now the Western culture is intruding and influencing the Eastern culture through globalization and satellite TV channels. The violence, fighting, wrestling, boxing, band music, pop music, indecent dance sequences and especially obscene on TV through the satellite channels have an irresistible attraction for the young generation of these countries. Now more often than not they neglect, hate and ignore their native culture, and intend to lead a sensuous life. Thus religious values, truth, work, and moral virtues are getting destroyed day by day. So the time is up to be serious against this evil power and to protect our traditional religious values. Otherwise, we’ll be swept away by this evil power. But we must take up the good things and thus enrich our culture.