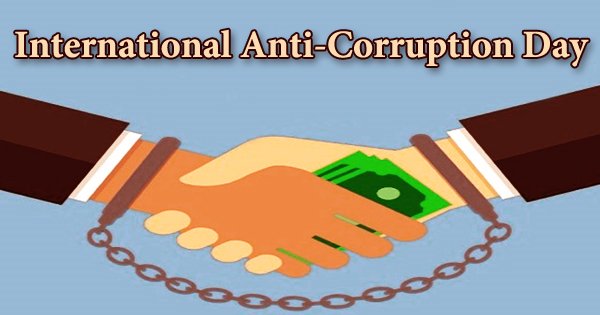 The UNDP (United Nations Development Program) and UNODC (United Nations Office on Drugs and Crime) observe International Anti-Corruption Day every year all over the world. After the passing of the United Nations Convention Against Corruption on October 31, 2003, this has been observed annually on December 9 to increase public consciousness about anti-corruption. The United Nations (UN), which has officially recognized International Anti-Corruption Day, claims that corruption is a political, social, and economic phenomenon that stifles economic growth, threatens democracy, and contributes to governmental instability. Corruption is also one of the UN’s “biggest” roadblocks to achieving the 2030 Sustainable Development Goals. While corruption occurs in both rich and poor countries and affects both, it overwhelmingly affects the poor. Prominent figures, politicians, prominent authors, journalists, and members of the public from various private organizations come forward to emphasize the importance of fighting corruption and to reaffirm their belief in a corruption-free society. Many events take place around the world on this day, including holding campaigns and conferences, distributing pamphlets, booklets, and logos, and instilling a resolve to combat corruption in all members of the public. Corruption is a global problem that affects all countries. It may refer to compromising moral integrity or behaving in a way that reflects a lack of integrity or honesty in order to undermine one’s honesty or loyalty. It also applies to those who take advantage of their place of influence or confidence for personal gain. Corruption threatens democracy, leads to insecure states, and puts countries at a disadvantage economically. Bribery, violating the law without facing the repercussions equally, arbitrarily amending electoral procedures and outcomes, and covering up errors or silencing whistleblowers are all examples of corruption.

The United Nations Development Program and the United Nations Office on Drugs and Crime partnered to launch the “Your NO Counts” initiative to celebrate International Anti-Corruption Day (9 December) and raise awareness about corruption and how to tackle it. By resolution 58/4 of October 31, 2003, the UN General Assembly designated December 9 as International Anti-Corruption Day. This decision was taken to raise public consciousness about corruption and the UN Convention against Corruption’s role in fighting and preventing it. To ensure its prompt entry into force, the assembly urged all states and competent regional economic integration organizations to sign and ratify the United Nations Convention against Corruption (UNCAC). UNCAC is the first legally binding international anti-corruption instrument that allows for a coordinated global response to corruption. Many well-known politicians and public figures take the stage to discuss the urgent social problems of the day. The day promotes a global battle against corruption, with the 2030 Sustainable Development Goal at the forefront. International Anti-Corruption Day is an opportunity for elected figures, legislatures, legal bodies, and lobby groups to join together in the fight against corruption by publicizing the day and the issues surrounding it. Anti-corruption activists plan gatherings on this day to involve the general public in the fight against corruption and fraud in their societies. Other activities that promote the day include:

The distribution of posters, leaflets, and other resources to raise corruption awareness. Some organizations organize special appreciation ceremonies to honor individuals and programs that aid countries and communities in the fight against corruption. Anti-corruption activists who were killed because they spoke out against corruption were also honored. People reaffirmed their determination that their sacrifices will not be in vain and that they will join forces in the fight against corruption in order to rid the world of corruption one day. Themes are key to the success of an event because they convey the message loud and clear using plain but powerful words. Every year since 2003 the UNDC (United Nations Development Program) and the UNODC (United Nations Office on Drugs and Crime) remain at the forefront of the campaign and assign themes for the campaign. The purpose of the day is to actively support programs that fight and discourage corruption, in addition to raising awareness about the crime. The UN also hopes to promote international cooperation in the fight against corruption on this day. International Anti-Corruption Day is a worldwide celebration, not a national holiday.