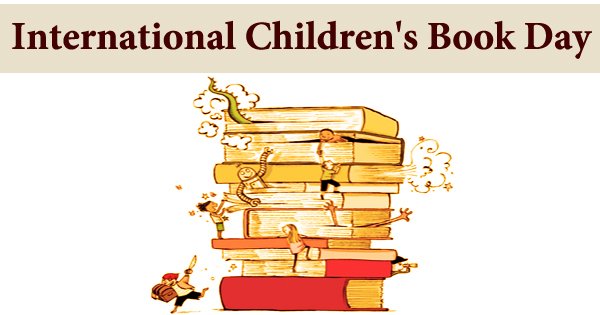 Every 2nd of April, International Children’s Book Day (ICBD) commemorates the birthday of Danish author and poet Hans Christian Andersen. Many bookstores and libraries host storytelling sessions and book readings featuring children’s book writers on this day. The International Board on Books for Young People (IBBY), an international non-profit organization, hosts the event every year. Writing competitions, book award announcements, and gatherings with children’s book writers are among the activities. The date of the event signifies the birthday of Hans Christian Andersen: the renowned Danish author responsible for such well-known stories as ‘The Emperor’s New Clothes’, ‘The Little Mermaid’ and ‘The Ugly Duckling’. Each year, a different IBBY National Section has the opportunity to serve as the ICBD’s foreign sponsor. It chooses a theme and commissions a letter to the world’s children from a famous author from the host country, as well as a poster from a well-known illustrator. These materials are used in a variety of ways to encourage reading and books. International Children’s Book Day has been observed on or around Hans Christian Andersen’s birthday since 1967 by the International Board on Books for Young People, or IBBY. IBBY is a non-profit international organization whose mission is to encourage young people to read and value books. It was founded in Zurich, Switzerland in 1953 and already has 75 national sections around the world. The Hans Christian Andersen Prize, which was presented to writers and illustrators whose works contributed to the growth of children’s books, is one of its prestigious awards. Every year, the IBBY National Section funds the International Children’s Book Day celebration to encourage children to learn. The following are some of the most popular ways to commemorate this day: the presentation of folktales from around the world, storytelling events centered on children’s books, and reading and creative writing workshops. On this day, many people study the life of author and poet Hans Christian Andersen. Many IBBY Sections use the media to support ICBD and host events in schools and public libraries. On Children’s Book Day, schools and libraries welcome book donations in an effort to expand children’s reading opportunities.

ICBD is often associated with celebrations of children’s books and other special activities, such as meetings with writers and illustrators, writing contests, and book award announcements. Hans Christian Andersen was born in Odense, Denmark, on April 2, 1805. He was a well-known Danish author who wrote fairy tales such as The Little Mermaid, The Emperor’s New Clothes, and Thumbelina. Andersen published hundreds of plays, novels, and poetry for both adults and children during his lifetime, but it is his fairy tales that have received the most attention nearly 150 years after his death. He was 70 years old when he died on August 4, 1875. In 1816, his father, Hans, died, and his mother, Anne Marie, remarried in 1818. Andersen’s first novel, The Ghost at Palnatoke Grave, was published in 1822. Around 1835 and 1837, he wrote his first collection of fairy tales. The first International Children’s Book Day was held in 1966. Families and children are often encouraged to engage in events held in libraries, classrooms, and community centers. The majority of Andersen’s fairy tales ended in tragedy. They’ve been adapted into countless films, TV shows, ballets, and plays around the world, and have been translated into over 125 languages.