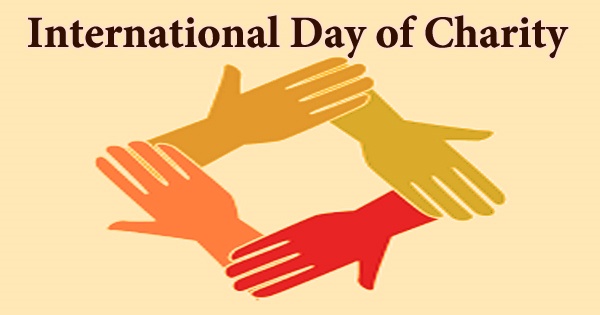 The significance of charity cannot be overstated. It enables us to reach out and assist needy communities around the world, providing hope and assistance to millions of people. It also advocates for the needs of the poor and contributes to the establishment of a more inclusive society. The International Day of Charity is an annual event that takes place on September 5th. The United Nations General Assembly declared it in 2012. The primary goal of the International Day of Charity is to increase awareness and create a common platform for charity-related activities on a local, national, regional, and international level for individuals, charitable, philanthropic, and volunteer groups. This concept arose from a Hungarian civil society initiative, which was backed by the Hungarian Parliament and presented to the United Nations. This day (5 September) was chosen to celebrate Mother Teresa of Calcutta’s death anniversary, as she dedicated her life to charity. She founded the Missionaries of Charity, a Roman Catholic religious organization, in 1950. Mother Teresa has received various awards and honors over the years. In 1979, he received the Nobel Peace Prize, and in 1962, he received the Ramon Magsaysay Peace Prize. She died on the 5th of September, 1997, at the age of 87. On the International Day of Charity, educational events and fundraising activities are organized all around the world. The day’s media coverage is promoted through social media, online news, radio, and television. To publicize this event, printed material is also published and distributed. Charity, like volunteerism and philanthropy, fosters genuine social bonds and contributes to the development of more inclusive and resilient societies. Here are some charities and nonprofit organizations to consider giving your support to:

Charity can help to mitigate the worst consequences of humanitarian disasters and enhance public services in areas such as health care, education, housing, and child protection. It contributes to the advancement of culture, science, sports, and cultural and natural heritage preservation. In conflict situations, it also advocates the rights of the downtrodden and impoverished, as well as spreading the message of humanity. The International Day of Charity began as a Hungarian civil society initiative endorsed by the Hungarian Parliament and Government in 2011, with the goal of raising awareness, organizing unique activities, and increasing solidarity, social responsibility, and public support for charitable causes. The International Day of Charity is not a public holiday, but rather a worldwide commemoration. Poverty exists in all countries, regardless of their economic, social, or cultural circumstances, although it is most prevalent in developing nations. Concerned about the problem of poverty, the United Nations urged governments to recognize and support philanthropic organizations and individuals. In honor of the role of philanthropy in reducing humanitarian crises and human suffering inside and across countries, as well as charitable organizations’ and individuals’ efforts, including the work of Mother Teresa, the General Assembly of the United Nations (UN) in its resolution A/RES/67/105 designated the 5th of September, the anniversary of the death of Mother Teresa, as the International Day of Charity. In its resolution, the General Assembly urged the Member States, UN agencies, other international and regional organizations, partners, and civil society NGOs to observe the International Day of Charity in a meaningful way, particularly through education and public awareness campaigns.