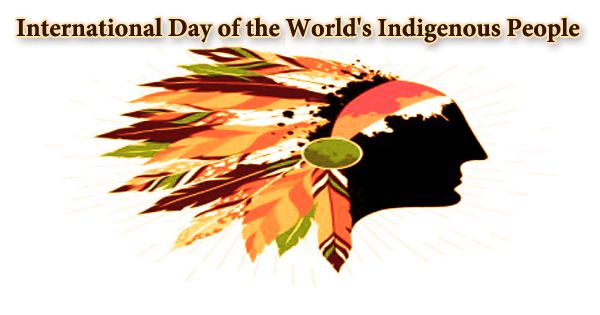 The International Day of the World’s Indigenous Peoples is celebrated every year on August 9th to raise awareness and protect the rights of the world’s indigenous peoples. This occasion also recognizes the efforts and accomplishments of these individuals in addressing various global problems, such as environmental protection. There are an estimated 370 million indigenous people live in 90 countries around the world. They embody 5,000 different cultures and speak the vast majority of the world’s estimated 7,000 languages. The United Nations General Assembly agreed in resolution 49/214 of December 23, 1994, that the International Day of the World’s Indigenous Peoples will be celebrated every year on August 9th. The UN Working Group on Indigenous Populations of the Sub-Commission on the Promotion and Protection of Human Rights held its first meeting on this date in 1982. The United Nations General Assembly declared 1993 to be the International Year of Indigenous Peoples. This celebration also honors indigenous people’s accomplishments and contributions to global issues such as environmental conservation. Every year, UNESCO commemorates the Day by disseminating knowledge about projects and events related to the year’s theme. People from all over the world are invited to observe the day in order to spread the UN’s message about indigenous peoples. Educational forums and classroom programs can be used to obtain a greater understanding and respect for indigenous peoples. Indigenous peoples have long sought recognition of their cultures, ways of life, and rights to ancestral lands, territories, and natural resources, but their rights have often been violated throughout history. Indigenous peoples are currently one of the world’s most impoverished and marginalized groups of people. Native people, first people, autochthonous people, and aboriginal people are all terms used to describe them. They are ethnic groups that are the predominant inhabitants of a given area, as opposed to groups that have recently invaded, colonized, or settled the region. When groups retain the cultures and other elements of early practices associated with a specific area, they are referred to as indigenous.