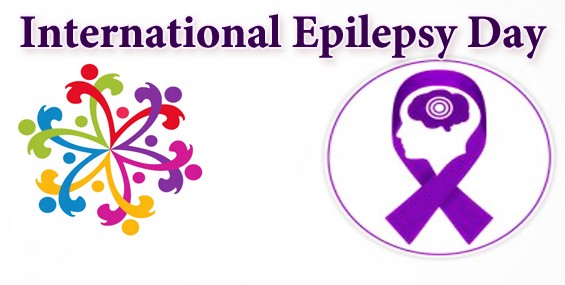 International Epilepsy Day is an annual celebration that raises epilepsy awareness in more than 130 countries. Every year on the 2nd Monday of February, Epilepsy Awareness Day is held to raise awareness about epilepsy, what it is, how it can be treated, and what is needed to get care to those people who need it. The day also urges all to campaign for appropriate legislation that protects people with epilepsy’s human rights and encourages them to live to their full potential. The day is observed to raise the consciousness of epilepsy, a progressive brain disorder that causes seizures and sudden attacks. On this day, people gather to discuss the issues that epilepsy patients, their families, and caregivers face. Doctors, psychologists, and social workers are consulted about the disease’s social and medical aspects. The International Bureau of Epilepsy (IBE) and the International League Against Epilepsy (ILAE) are organizing the activities. Just three areas of action for the World Health Organization (WHO) and collaborators are the ability of health professionals to detect epilepsy, the availability of medications, and studies into the health and social care response to epilepsy. Epilepsy is a neurological disorder that occurs as a result of irregular brain activity and is most often caused by a brain injury. Seizures or “fits” are common in people with epilepsy, and they can cause symptoms including trembling, tongue biting, and loss of consciousness. It’s an opportunity to raise public awareness and educate people about epilepsy, how to treat it, and the urgent need for better treatment, better care, and more funding in epilepsy studies. Around the world, events were held to raise epilepsy awareness and encourage study and training. Patients, their parents, and caretakers received counseling assistance. People have expressed their thoughts, experiences, and worries on social media platforms such as Twitter and Facebook.

According to the World Health Organization (WHO), more than 50 million people worldwide suffer from epilepsy, with nearly 80% of these people living in developing countries, where annual new cases range from 40 to 70 per 100,000 people in the general population. This number is often close to twice as high in developed countries. At any given time, the average proportion of the general population with active epilepsy is between 4 and 10 per 1000 people. According to some research in developed countries, the proportion is between 6 and 10 per 1000. The International Bureau of Epilepsy (IBE) announced the development of an International Epilepsy Day on January 4, 2015, and the first International Epilepsy Day was held on February 9, 2015. The IBE and the International League Against Epilepsy (ILAE) collaborated on the case, which was co-hosted by the World Health Organization (WHO) and the Economic and Social Council of the United States (ECOSOC). Every year, people from all over the world come together to celebrate and raise awareness about the challenges that epilepsy patients, their families, and carers face. Despite the fact that epilepsy is one of the oldest documented medical conditions, public stigma and confusion persist, leaving many people reluctant to discuss it. Despite the fact that epilepsy is one of the oldest documented medical conditions, public stigma and confusion remain, leaving many people unwilling to discuss it. This hesitation results in lives lived in the shadows, a lack of awareness about individual risk, workplace and community prejudice, and a lack of funding for new therapy research. People with epilepsy have a higher risk of premature death than the general population. According to estimates, about 40% of people in developing countries suffer from epilepsy and do not receive proper care. Furthermore, over 70% of people in developed countries do not have access to sufficient medical care. In the previous decade, there had been no significant studies for predicting the incidence of epilepsy due to a lack of research in the field of epilepsy. Electroencephalogram (EEG), a time-consuming diagnostic procedure, is a traditional technique for detecting epilepsy. Epilepsy occurs almost suddenly as one is engaging in day-to-day operations, rendering EEG forecasting almost obsolete. More research is needed so that new and faster methods of predicting epileptic seizures can be created, preventing physical injury and other damages. SUDEP, or sudden accidental death in epilepsy, is the most common cause of death from epilepsy. Misconceptions and discrimination can be more difficult to resolve than the seizures themselves for many people living with epilepsy. International Epilepsy Day aims to increase public awareness and inform people about the real facts about epilepsy, as well as the urgent need for better education, care, and research funding. On the epilepsy.org website, people from all over the world post their personal experiences in order to raise awareness about the disease’s causes, effects, and treatments. Many locations around the world host free workshops for people with epilepsy, their parents, and caretakers.