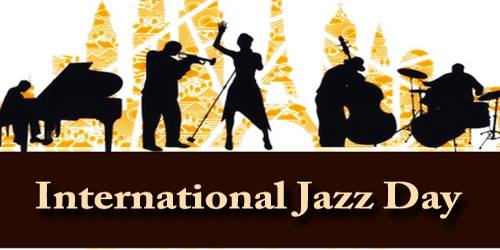 International Jazz Day is intended to raise awareness of the virtues of jazz as an educational tool, and a force for empathy, dialogue, and enhanced cooperation among people. Many governments, civil society organizations, educational institutions, and private citizens currently engaged in the promotion of jazz music will embrace the opportunity to foster greater appreciation not only for the music but also for the contribution it can make to building more inclusive societies. This day declared by the United Nations Educational, Scientific and Cultural Organization in 2011 “to highlight jazz and its diplomatic role of uniting people in all corners of the globe.” It is celebrated annually on April 30. The idea came from jazz pianist and UNESCO Goodwill Ambassador Herbie Hancock. Jazz Day is chaired by Hancock and the UNESCO Director-General. The celebration is recognized on the calendars of both UNESCO and the United Nations. Jazz is a uniquely American musical style that emerged out of the slave experience, primarily in the southern United States. It is deeply rooted in the rich musical, and cultural traditions of Africa, and is heavily influenced by European music. New Orleans is generally considered to be the birthplace of this popular musical form, which is now seen as a voice of freedom and empowerment, and a statement against injustice, and oppression all around the world. The United Nations General Assembly formally recognized International Jazz Day on its official calendar in December 2012.

Today, Jazz has spread all over the world and is constantly evolving, being influenced by, and influencing other musical forms and genres. The initiative to create an International Day of Jazz came from American Jazz pianist, composer, and UNESCO Goodwill Ambassador for Intercultural Dialogues, Herbie Hancock. Nearly 200 countries participate in International Jazz Day every year. In addition to concerts and jam sessions, events include workshops, conferences, and community outreach. The official registry of worldwide events is hosted on jazzday.com where they are displayed and indexed alphabetically by country. The purpose of the initiative was to focus global attention on the role that Jazz has played in breaking down race and gender barriers around the world, and in promoting cooperation; mutual understanding, and communication; peace and freedom. This International Day brings together communities, schools, artists, historians, academics, and jazz enthusiasts all over the world to celebrate and learn about the art of jazz, its roots, its future, and its impact. This important international art form is celebrated for promoting peace, dialogue among cultures, diversity, and respect for human rights and human dignity, eradicating discrimination, promoting freedom of expression, fostering gender equality, and reinforcing the role of youth for social change.