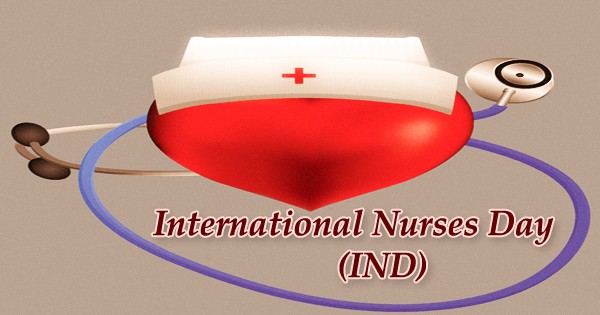 Every year on the 12th of May (the date of Florence Nightingale’s birth), International Nurses Day (IND) is observed around the world to honor the contributions nurses contribute to society. Florence Nightingale, the world’s most famous nurse, was born on this day in 1820. She was an English nurse, social reformer, and statistician who helped to establish the foundations of contemporary nursing. In the midst of the devastating coronavirus pandemic, International Nurses Day takes on new meaning. Since 1965, the International Council of Nurses (ICN) has commemorated this day. In 1953, Dorothy Sutherland, a US Department of Health, Education, and Welfare official, recommended that President Dwight D. Eisenhower declare a “Nurse’ Day,” but he declined. Every year, the International Council of Nurses (ICN) honors this significant day by producing and disseminating International Nurses’ Day (IND) resources and information. The anniversary of the birth of Florence Nightingale, the originator of modern nursing, was chosen as the day to commemorate in January 1974. The International Nurses’ Day Kit is prepared and distributed by ICN every year. Nurses from all around the world can use the package, which incorporates instructional and public information items. The 8th of May has been designated as National Student Nurses’ Day since 1998. Nurses are the lifeblood of hospitals and clinics, caring for millions of COVID-19 patients for months at a time, putting their lives in jeopardy. International Nurses Day is a wonderful occasion to thank them for everything they do. According to the ICN (International Council of Nurses), COVID-19 has infected over 1.6 million healthcare professionals in 34 countries as of December 31, 2020. Professional practice, Regulation, and Socio-economic Welfare are the three main pillars of the ICN. National Nurses Week was originally observed in the United States from October 11 to 16, 1954, to commemorate the 100th anniversary of Florence Nightingale’s journey to Crimea. In 1974, President Nixon declared “National Nurse Week.” Florence Nightingale, sometimes known as the “Lady with the Lamp,” was the foundation of modern nursing. She began her career as a nurse in charge of wounded British and allied soldiers during the Crimean War. Florence Nightingale spent most of her time, often late at night, caring for and comforting the injured. She was the first to establish a formal nursing education program. In 1860, the Nightingale School of Nursing, London’s first nursing school, opened its doors. Florence Nightingale was also instrumental in the establishment of a school for midwives. She received the Order of Merit for the first time in 1907.

Nurses have always been at the vanguard of the fight against epidemics and pandemics, delivering high-quality, considerate treatment and care. They are frequently the first and, in some cases, the only health care provider that individuals see, therefore the quality of their initial assessment, care, and treatment is critical. Nurses make up more than half of all health workers worldwide, yet there is a critical shortfall of 5.9 million more nurses needed, particularly in low- and middle-income nations. With the opening of her nursing school at St Thomas’ Hospital in London in 1860, Nightingale lay the groundwork for professional nursing. It is currently part of King’s College London and was the world’s first secular nursing school. The Florence Nightingale Pledge, which new nurses must take, and the Florence Nightingale Medal, the highest international accolade a nurse can get, were named in her honor, and the annual International Nurses Day is observed on her birthday around the world. Her social changes include bettering healthcare for all members of British society, campaigning for better food assistance in India, assisting in the repeal of overly harsh prostitution laws against women, and increasing the types of female engagement in the workforce that are acceptable. Nightingale was a prodigious and versatile writer. Much of her written work throughout her life was devoted to the dissemination of medical knowledge. Some of her pamphlets were written in plain English so that even those with limited literacy abilities might understand them. She was also a pioneer in the use of infographics, effectively presenting statistical data in graphical form. Many of her works, particularly her considerable work on religion and mysticism, were only released after she passed away. Nurses are leading the charge against the COVID-19 pandemic. Nurses, like doctors and other healthcare professionals, labor continually to provide high-quality treatment, frequently without taking a break. When patients are in a crisis, nurses are frequently the only health professionals they see. Nurses, without a doubt, have a thorough understanding of how to provide the greatest health care services. It’s also worth noting that National Nurses Associations (NNAs) play a vital role in providing Nurses with education, advice, and broad support. In order to expand and develop healthcare practices, the association collaborates closely with government and non-governmental groups. International Nurses Day is frequently part of a week-long celebration known as National Nurses Week in Australia, Canada, the United States, and other nations.