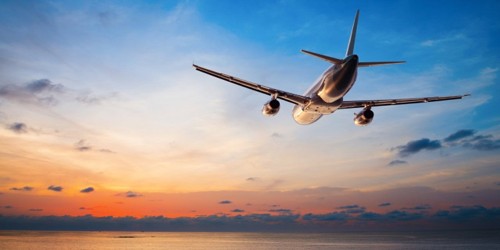 Is Air Travel as Safe as it should be – Open Speech

Is Air Travel as Safe as it should be – Open Speech

Statistically, air travel is reasonably safe when compared with road, rail, and sea. Many countries have a high death and injury rate on the roads; trains, ferry, and ocean-going ship disasters are regular enough to be commonplace, taking a global view. Consequently, there is international pressure to make air travel as safe as possible, and rightly so. Yet no form of travel can be made totally safe. The causes of the disaster, whether natural or man-made, can never be completely eliminated.

Looking first at natural causes, at least three can be identified. Bad weather is one. This includes storm, icing, and air-pockets in the case of light aircraft; less so in the case of large jets with sophisticated instrumentation. One cause in the case of jets can be large flocks of birds or swarms of insects being sucked into the jet nacelles and thereby stopping the engines. This may happen at low altitudes. Little can be done to prevent this. In the case of aircraft, the reason is thought to be loss of horizon due to electrical disturbance.

Most dangers to aircraft, however, are man-made. The first and obvious danger is a collision. In the busiest airports, especially in the tourist season, aircraft may take off as often as every twenty seconds. Much strain is imposed on aircraft dispatchers and traffic control generally. Clearance for dispatch is by radar and computer. Personal fatigue or mechanical failure in a radar center can be very dangerous. Aircraft often have to circle before being given landing permission, and collision or perhaps a near miss can result from mistakes in assigning heights. Most, though not all countries have strict regulations governing air traffic control.

Another cause of trouble may be the age of the aircraft. Metal fatigue eventually sets in; cracks appear, bits of the aircraft may fall off, even whole engines or the passenger cabin may lose compression. This means almost certain death to all passengers and crew, and there have been cases where an aircraft has been lost because one of the doors was not properly secured. The importance of safety checks before take-off is obvious. So also is the importance of regular and completely efficient servicing.

Cabin fires are equally dangerous. They may occur for any reason, but in many cases, they result from a crash landing causing the fuel to ignite. two things are important here. First, the cabin exit must be unimpeded. Some modern aircraft have built-in chutes for swift escape. Much of course depends on cabin staff and their ability to prevent panic. Second, the seat upholstery must be non-flam. Many people have died from the noxious smoke emanating from flammable upholstery.

Again recently the pilot of a plane with a faulty engine shut down the good engine due to the failure of his instrumentation. the plane crashed, killing most occupants, and virtually destroying a small village. Not much can be done about terrorism except through airfield security and electronic vetting of all passengers and luggage. Unhappily not all airports are really efficient in this regard. Efficiency would arrest the terrorist and the hijacker at the airport.

Finally, attempts by carriers to economize on pilot coverage and seating space must be prevented by law. The two essentials are fresh and fully-trained pilots and reasonable space for movement in an emergency.

The answer to the question is no. Much could still be done to avert future disasters.