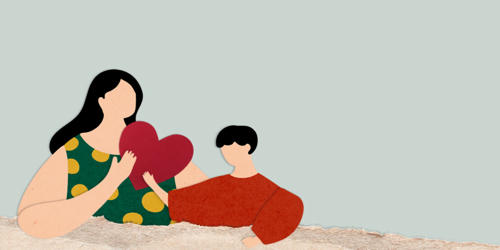 Man and women have different roles to play but in modern time’s men and women both are working to fend for their families and the result is children being left on their own. Governments all over the world are encouraging education and are trying to remove barriers to education. As more and more women are also getting an education there are greater employment opportunities for them. This has become a debatable issue.

In spite of this, there is a greater need for women to stay home and be homemakers. It is a common belief that mothers, who stay at home, are able to bring up their children better than those who are working, rightly so because they are able to devote the whole day to their children. Their bonding with their kids becomes strong. Young children and growing families require the attention of mothers. They can ensure that their kids are not falling into bad company and can supervise their studies, too. If women are to spend eight hours each day at work, then the children, especially the very young ones, would have to be left at daycare centers, nurseries, with maids, grandparents or relatives. However, it can also have certain disadvantages – those children of stay at home Moms tend to become more dependent on their mothers. Thus, at times, it can become very difficult for mothers to cope up with their children.

It cannot be denied that mothers are the pillars of strength in any family. If they give up their role as homemakers and thrust it onto others, such as maids, then there may be some unpleasant consequences. In some cases, children have been abused and in other cases, they have been greatly influenced by the maids, who are usually foreigners. The children would not only have to learn the language of the maids but would also be susceptible to the mannerisms, customs, and practices that do not belong to their own cultural background. Moreover, mothers, who stay at home, may often feel depressed because they are not bringing any income home; the result is that most of the time they have to depend on little things on their husbands as they are economically dependent on them.

I do not deny that mothers, who work, get a chance to be someone else other than just being Moms and as they are financially strong they hold a strong position at home. As it is expensive to hire maids, in some cases children are left in the care of others who may exert a negative influence on the children’s upbringing. It is therefore imperative that mothers should stay at home to care for their children, especially during the crucial period of their growth. Furthermore, mothers would be able to guide and supervise their children in their daily routines and therefore act as role models for their children. When mothers stay at home, they will be able to mold their children better. Thus, the investment made by a stay at home Moms is much greater than working Moms who are able to fulfill the materialistic needs of their wards but have to compromise on the time they can spare for them.

It is said that the generation of tomorrow depends on the mothers of today. If you’re motivated to retain your job for financial or career-related reasons but can’t bring yourself to go back right away after having a child, you could ask for an extended leave of absence. Social ills and other socio-cultural problems, faced by both young children and teenagers, could be eradicated if mothers stay at home and not go to work. They will be able to devote more time to caring for their families.