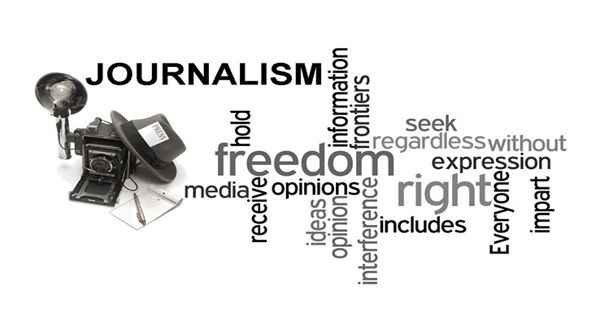 In one sense journalism began with the first beginning of social life. The moment men lived in association with each other, news had to be carried from place to place and ideas had to be communicated, while social behavior demanded criticism and corrections. This is really the essence of a journalist’s task. He must inform, criticize, and suggest. But journalism, as we know it, is the offspring of the printing press. And fittingly, China, the originator of printing has the distinction of originating the newspaper as well, and the peeking news had on continuous existence from the 6th century down the 14th century. Of course, historians tell us that even earlier than that, the Roman republic had its Acta Diruna, and a daily record of events which must have been something like our newspapers. England took to the publication of news towards the end of the 16th century. At the first, these were casual then periodical. The daily newspaper sponsored by Defor appeared at the beginning of the 18th century. In our country journalism started with the publication of news-sheets by the English traders and missionaries int eh beginning of the nineteenth century, and was soon taken up by Raja Ram Mohun Roy, Iswar Chandra Gupta, Sambhunath Mookerjee, Kristodas Pal, and others. But the modern newspapers, really developed with the invention of the telegraph which made swift transmission of news across the world.

A modern newspaper is something very much more than a mere purveyor of the news; it is also a storehouse of current information, an instrument of public criticism, a creator of public opinion. It has, therefore, to be served by a large and varied staff. There are the editor and his assistants who write leading articles and editorial comments on the news. Their influence in forming a public opinion is very great. They many are said to do the political thinking on behalf of the man-in-the-street who has not the time to do it on his own account. Then there is the news-editor and his staff. They receive news from different agencies, staff reporters, and correspondents. They edit, arrange, and display them. By judicious display, they can take up an issue and make it a ‘burning question’. They can splash a headline and create a sensation. The staff-reporters are a host in themselves. They are here, there and everywhere interviewing people, eliciting views, verifying facts, “scooping” news in advance. They receive rebuffs with a smile, remain blandly insistent, and had ceaselessly persevered towards their ends. They are often the pests of public men and publicity-shy leaders have sometimes been known to be rude to them. A modern newspaper must also have on its staff competent artists, cartoonists, photographers, cartographers; there must be advertisement managers and printing managers. All these people who are on the staff of a newspaper are known by the general name of journalists, and their profession is journalism.

Modern journalism is organized on international scall. There are international news agencies that collect and broadcasts news all over the world. Of this router is the most famous, with its headquarters in London and branches all over the world. This influential organization managed on a commercial line. The Russian news agency, Tass, is an instrument of the Soviet government, and so it enjoys very great prestige as the mouthpiece of the government. In communist countries, its influence is very great. Since India became free, she has been maintaining her own news agency, the press trust of India, popularly known as P.T.I. these agencies have representatives in many countries, who receive ‘news’ from official sources or collect them elsewhere. These representatives are often minor officials in the embassy. Wealthy newspapers always maintain their own correspondents abroad. Whatever danger there may be in an organization of this kind, the modern world could not exist without such an elaborated agency of information and of comments gathered from various sources.

Journalism is a difficult profession. “Write weekly”, says Virginia Woolf, “to write daily, to write shortly, to write for busy people catching trains in the morning, or tried people coming home in the evening, is a heartbreaking task for a man who knows good writing from bad”. Perhaps the first quality necessary is to have a news-sense-to know what is important, what is vital, what has color and life-in a word to know what people would be interested in. a journalist may be a sensational alarmist, or he may be an impersonal oracle. Whatever he is, he must know the art of putting the news and the views that people want in the proper form and perspective.

Journalism has advanced in its methods with the passage of years. “It is no longer ponderous, instructive, and formal”. A good journalist creates his own peculiar style, – sets up an individual standard. He knows the art of creating the test and demand for what he offers. One stresses the personal element; another flamboyant and sensational. One aspires to literary excellence; another sets greater store by propaganda. The reader is drawn to the style which is attractive to him. And so it comes about that every journal has its own set of readers, who will as easily forego their morning breakfast as their morning paper.

Journalism has many competitors today. Chief of all the radio and the television which not only broadcast and televise but have the added advantage of arranging talks by prominent leaders of society and establish visual contact with them. But the radio cannot supersede the newsier. For the radio has its fixed time-chart when one must either listened in our miss it altogether. To a busy man, the hours may not be convenient. Besides, coverage of news by the radio is limited; items must be cut down to the minimum so that the time-limit is not exceeded. But a newspaper can be read at any time according to one’s time and opportunity. Its coverage is any time according to one’s time and opportunity. Its coverage is very wide, the information it serves out is varied. So as journalism is likely to flourish and develop, its scope for improvement is as unlimited as the initiative of the competent journalist.