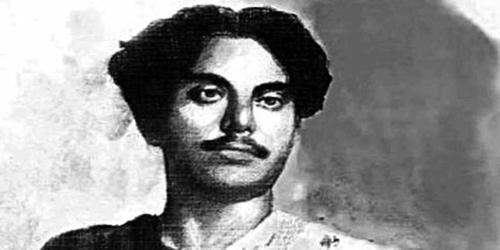 Introduction: Kazi Nazrul Islam is known as the rebel poet. Poets are always reformers of society and the nation. A most versatile and prolific genius of this part of the world, he worked in multiple literary genres producing an astonishing corpus of literary works in Bangla.

Kazi Nazrul Islam was a great poet in our country. He is the national poet of Bangladesh. He is well known as the Rebel poet in Bengali literature.

Birth and early life: Kazi Nazrul Islam was born on the 25th of May 1898 at Churulia in the district of Burdwan, West Bengal, India. His father’s name was Kazi Ahmed. His mother’s name was Zahida Khatun. His parent lost four children before his birth. So he was named ‘Dukhu Mia’. He lost his father in his early life. At the age of ten, he was admitted to a primary school. A Muslim sub-inspector of police saw a bright future of Nazrul He took him to his home. Nazrul comes back home. Then he was admitted to a high school.

His work: He was a very versatile poet, lyricist, and writer who composed many beautiful verses of poems, prose, songs, and classical music. He left school suddenly and joined an ‘opera party’. He wrote songs for his party for some time. Then he joined the Bengal Regiment during the First World War. Nazrul became a Habilder. In the military camps, he wrote poems. His works include at least 50 books of poetry and songs, 4000 songs and ghazals, 6 books of stories and novels, 3 books of translations 53 plays, verse-plays and operas, 2 movie scripts, 5 books of essays, and other kinds of prose writings. Nazrul’s famous creations are ‘Agni Bina’ Bisher Bashi, Rikter Bedan, Badhon Hara, Pralay-Shikha, Chakrabak, Shamyabadi, Sarbahara, Dolan Chapa, etc. Nazrul edited a weekly named “Dhumketu’.Many of his revolutionary writings were published in it. 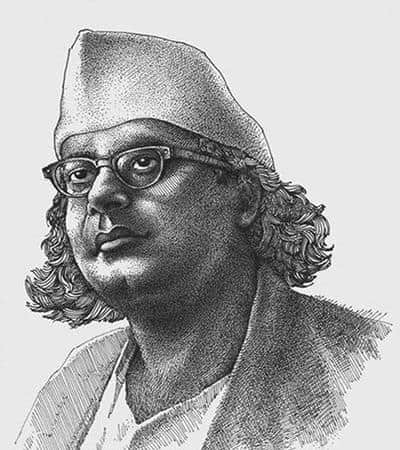 Rebel poet: Nazrul said, “Even though I was born in this country (Bengal), in this society, I don’t belong to just this country, this society. I belong to the world.” Nazrul comes back to Calcutta. His famous works ‘Bhidrohi’ and ‘Kamal Pasha’ were published in the Muslim Bharat. He was sent to jail for one year for writing the poem Agamani. Since then he was known as a rebel poet by the people. Nazrul is known as the ‘Rebel’ poet in Bengali literature and the ‘Bulbul’ or Nightingale of Bengali music, was one of the most colorful personalities of undivided Bengal.

His qualities: An admirable quality in Kazi Nazrul Islam is his rebellion against oppression and injustice. He was with the poor and the unfortunate. He wanted to free them from the oppressors and exploiters. This is why he is considered to be the Byron of Bangladesh. Most of his writings were full of revolutionary voice. he was sent to jail for one year for writing the poem ”Agamani”.

Nazrul was the equality of man. He believed in equal rights in all classes of people. He was also for the equal rights of man and woman. Many of his poems glorify human rights. Nazrul’s writings were full of hope, energy, aspiration, and revolt. He had an excellent lyrical gift. His every poem has a platform.

During Nazrul’s days, there was a good deal of conflict between the Hindus and the Muslims, Nazrul tried to bring about harmony among them. He showed equal respect for the two religions. Hence he is loved by the followers of these religions.

Conclusion: The poet died at Dhaka, the capital of Bangladesh as a National poet on the 29th of August 1976. He died but his poetry is still alive. We always remember with honor and due respect. His writings inspirers to be a patriot and honest. His songs are favorite to people of all ages. Thus he has established himself in our hearts. We pray to Allah that his departed soul may rest in peace.