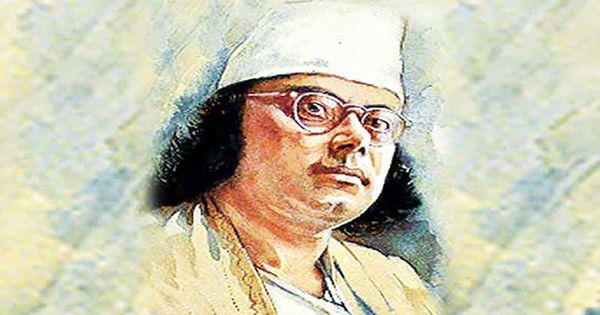 Kazi Nazrul Islam is one of the greatest poets in Bengali literature. He is our national poet. Of all the poets, Nazrul Islam is my favorite. He is known as a ‘rebel poet’. He is also known as a rebel poet. He was born in 1899 at Churulia in Asansol of West Bengal.

I like him as a poet and as great men. He was born at Churulia in the district of Bardhaman in 1899. His father was Kazi Fakir Ahmed and his mother was Zaheda Khatun. His early life was full of suffering. He struggled a lot against poverty. He was very naughty in his boyhood. He did not like the restrictions of school life and fled away. He did not have much education. He lost his father when he was a child. In his boyhood, he was called ‘Dukhu Mia’ – the child of sorrow. At the age of ten, he was admitted into a primary school. He was not attentive to his studies. Then he went to Asansol and he became a baker’s boy. He showed his poetic genius at an early age and became famous.

He met an S.I. of police of Mymensingh. He sent him to his village for education. Later he left school and joined the army as an ordinary soldier. In the army, he was promoted to the rank of Havildar. On his return from the battlefield, he began to write. He felt the pains of the downtrodden in his heart. So, he brought out his famous poem ‘Bidrohi’. 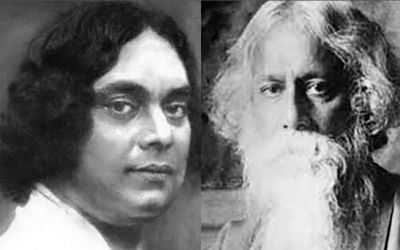 The poems of Nazrul were full of hope and aspirations. He showed a dream to the Bengali nation to be independent. During the British regime, this poem inspired thousands of the people of Indo-Bangladesh to court imprisonment and even death. His writings inspired us to be conscious of our rights. His poems were full of patriotism. His song ‘urdha Gagane Baje Madal’ is a great contribution to Bengali literature. He composed as many as 1500 songs. His writings taught us to fight to be independent. For this, he has been selected as our national poet.

Kazi Nazrul Islam put the sign of his genius in poems, drama, noble, short stories, essays, and every sector of Bengali literature. He is the first poet who wrote Islamic Gazal in the Bangla language. His writings have enriched our Bengali literature to a great extent.

I like him because he stood against all sorts of oppression. He died on August 29, 1976, in Dhaka. He was buried in the Dhaka University campus. He was, indeed the voice of this subcontinent. He has a good deal of contribution to our development as a nation.