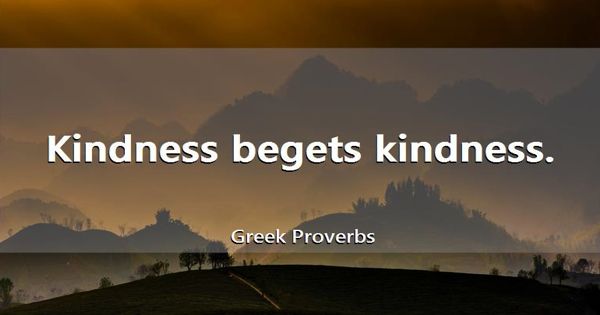 When I was young, I lived in a small village in Melaka. Mine was a terrace house in a row of shophouses. The spirit of neighborliness was very strong then. There was no such thing as locking the doors of our houses by day or night. The village had a variety of trades to serve the needs of the villagers. There was a barber, tailor, coffee shop owner, grocer, baker, electrician, plumber, and so on. All of us were quite poor by today’s standards but we got by. However, one family which could be considered as living a marginal existence was the Lim family living in the bicycle shop opposite our dwelling.

Mr. Lim, the bicycle mechanic, had a large brood of children – twelve to be exact. The joke amongst the neighbors was that he was aiming to form a football team among his children. However, seriously speaking, it was no joke for him trying to feed his growing children daily.

My mother was a kind-hearted soul. Often, she would remark that his children were dressed in ragged clothes and looked malnourished. My family was relatively better off in the village and my father was the headman. My mother would bring over whatever food we could spare to our neighbors. On occasions when there was leftover food from village weddings or festivals, my father would direct me to bring these to Mr. Lim. I did not mind visiting Lim’s bicycle shop as I had an interest in bicycles.

I remember one particular year when times were very hard. The economy was doing very badly. Even my family had to make do with two meals a day. Lunch was dispensed with. We stopped the practice of giving food to Mr. Lim. One day, I noticed my mother looking troubled. She had learned that the Lim family had not been eating for the past two days. There and then, she decided to sacrifice a portion of our meals to the family. Despite the protests from my brothers and sisters that we too were hungry, she kept on doing the kind act of giving them a portion of our food from then on. Fortunately, the lean spell did not last long, and the children in our family resumed our three meals a day again.

I shared a room with my brothers overlooking the bicycle shop. I was interested in the repair of bicycles and would often stare out of the window to see Mr. Lim hard at work. As time went on, I noticed Mr. Lim looking more cheerful. The number of customers at his shop had increased steadily. Soon, he was selling many shiny new bicycles.

The eldest son of Mr. Lim was the head prefect of our primary school. He often helped his father in his work. This boy, Tian Beng, was very good with his hands. He proved very popular with his customers. It was he who expanded his father’s business after he dropped out of school when his father needed his help in their growing bicycle business. Tian Beng started a motorcycle repairing service to add on to his father’s trade. Business at his shop took off like a rocket as Japanese bikes were the rage then as they were very useful and popular for transport.

It was at this time that my father’s business took a turn for the worse. My father was a provision shop owner and he trusted many people readily. One day, his senior assistant ran off with a substantial amount of the shop’s earnings. During that time, my father’s health was also deteriorating. We were at our wits’ end, perplexed by the mysterious illness he was suffering from. My father then sold our family car to pay off the mounting bills.

They say that one good deed deserves another. Mr. Lim, our neighbor, came to learn of our plight. In spite of my father’s protests, he stepped in to help. He stated simply that it was his turn to repay the kindness that my father had shown to him in the past.

Through his connections, Mr. Lim arranged for my father to consult a famous Chinese physician in Chinatown. Not only was this doctor’s diagnosis of my father’s medical condition accurate, but he was also able to cure my father. My father’s health steadily improved. However, because of my father’s lack of attention to his provision shop, the business floundered.

Again Mr. Lim became our good Samaritan. He arranged for a loan for my father’s business. When he also learned that my brother and I had stopped schooling because we could not afford the fees, he would have none of this. He told us that we should not give up our education as we were among the top pupils in the school. He then arranged to finance our education as long as we needed it.

Suffice it to say that my father’s business recovered the next year. My father is now the proud owner of the village mini-market. Mr. Lim has expanded his business too. He now has a car showroom in town. Whenever my parents meet up with Mr. Lim, they would thank him for his past help. He would just shrug off their thanks and say simply that he was merely repaying a kindness.