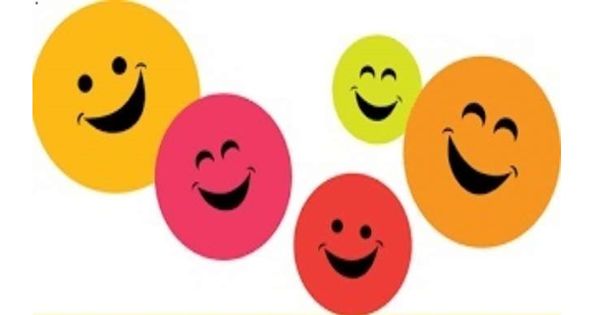 I was watching the crowd going ‘Ho ho ha ha’ in a laughter yoga activity rather skeptically. I was not in the mood to laugh, especially with a crowd of strangers. But soon I was joining them in doing the one-meter laughter and the lion laughter, and from mere grimacing, I was genuinely laughing. At the end of the 30-minute session, I was perspiring. Best of all I felt good.

One of the earliest proponents of therapeutic laughter is Dr. William Fry, a psychiatrist. One of his studies confirmed that 20 seconds of intense laughter, even if faked, can double the heart rate for three to five minutes. Dr. Fry proved that mirthful laughter provides good physical exercise and can reduce our chances of respiratory infections.

In addition, he showed that laughter causes our body to produce endorphins that are natural pain killers.

My favorite spokesperson for laughter as the best medicine is Dr. Hunter `Patch’ Adams. I saw the film on ‘Patch’ acted by Robin Williams and became a fan of him. Do you know he goes around like a clown to hospitals to make patients laugh? He thinks that the role of a clown and a physician is the same. Patch believes that laughter is the best cure. In his opinion, every doctor should be a heart specialist – a merry heart, that is. ‘Patch’ has inspired millions of people by bringing fun and laughter into the hospital world. He has been a physician for nearly 30 years, but he has been a clown for almost 40.

Another doctor who strongly advocates laughter as therapy is Dr. Madan Kataria. Together with his wife, he developed a range of laughter exercises that incorporate elements from yogic breathing. These deep breathing exercises increase oxygen to our cells. As a result, we flush stale air from our lungs. Dr. Kataria also discovered that we could start with fake laughter but genuine laughter soon follows. He calls this very unique exercise routine, Laughter Yoga.

Dr. Kataria includes childlike playfulness in his exercises. I could not believe my eyes when the ‘Ah Sohs’ and makciks and pakciks hopped like kangaroos and did the penguin walk. There are many clubs in different residential estates in Johor Bahru that start the morning with Ho Ho Ha Ha Ha! I am one such member of the Leisure Mall Laughter Club. It is fun and I feel energized.

Psychologists and therapists are convinced of the healing power of laughter. To quote Mark Twain, ‘He who laughs lasts.’