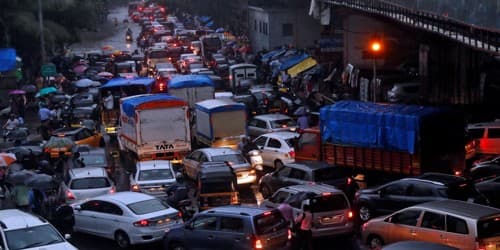 Letter to City Council about Serious Problem with Traffic Congestion

Letter to City Council about the Serious Problem with Traffic Congestion

[It is a sample Letter to City Council about the Serious Problem with Traffic Congestion. Suppose, the area you live in has a serious problem with traffic congestion. Now, on behalf of the residents in your housing estate, you decided to write a letter to the City/Town Council to complain about this problem. You need to modify this sample according to your needs.]

We as residents (Residential area name) have been putting up with this unbearable situation for the last five months (More/less). This is especially during peak hours in the morning and evening. The number of cars using the roads has increased ten-fold but the roads remain narrow with only two lanes. (Explain the actual problem and situation).

The traffic situation is aggravated by a new housing project nearby. The vehicles used to transport building materials to the construction site have been going in and out of the area for the past few months. (Describe all about the situation).

Due to the traffic congestion, fifteen accidents have occurred at the dangerous bottleneck on one of the roads during the last month. This is an alarming figure. (Describe your feeling and thoughts).

We hope the City Council will look into our complaints and take prompt action to solve our problem.

On behalf of the resident’s name…