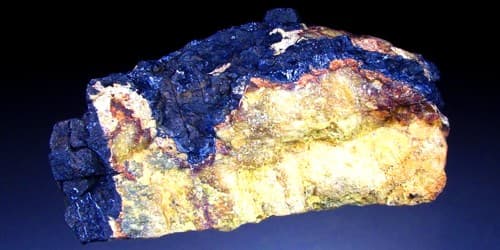 Lithiophilite is a mineral containing the element lithium. It is lithium manganese(II) phosphate with the formula: LiMnPO4. It is a primary phosphate mineral found in phosphatic pegmatites and pegmatitic dikes. It occurs in pegmatites often associated with triphylite, the iron end member in a solid solution series. The mineral with an intermediate composition is known as sicklerite [Li(Mn, Fe)PO4]. The name lithiophilite is derived from the Greek Philos (φιλός) “friend,” as lithiophilite is usually found with lithium.

It is slightly less dense and is pinkish to greenish brown whereas triphylite’s color tends toward blue and blue-gray. 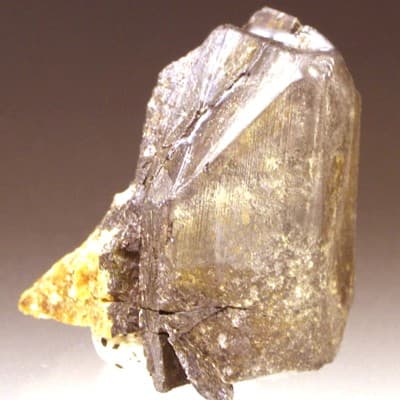 Lithiophilite forms a solid solution with the often associated mineral triphylite. It is a resinous reddish to yellowish brown mineral crystallizing in the orthorhombic system often as slender prisms. The synthetic form of triphylite, lithium iron phosphate, is a promising material for the production of lithium-ion batteries.

Occurrence: A late-stage mineral in some complex granite pegmatites; usually primary but rarely secondary. It is usually associated with lepidolite, beryl, quartz, albite, amblygonite, and spodumene of pegmatitic origin. It rather readily weathers to a variety of secondary manganese phosphates and oxides.

Lithiophilite was named for its lithium content (“lithio”), and the Greek term, “Philos”, meaning friend, alluding to its composition of lithium as an integral component of its structure.

The type locality is the Branchville Quarry, Branchville, Fairfield County, Connecticut where it was first reported in 1878. The largest documented single crystal of lithiophilite was found in New Hampshire, US, measured 2.44×1.83×1.22 m3 and weighed ~20 tonnes.