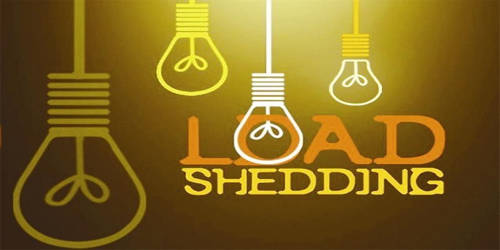 Load shedding means the discontinuation of the supply of electricity for the time being. It occurs in all the places where there is a connection to electricity. It happens when the generation of power is less than its demand. The concerned authority blocks the flow of electricity in some areas for some time to manage the shortage of power. The insufficient production of electricity in a country is the main cause of load-shedding. Misuse of electricity is another cause. Besides, unplanned distribution and illegal connection of electricity are also responsible for it. Misuse, illegal connection, insufficient productions are the other causes of load shedding. It frustrates national, social and personal progress. It affects the students much. They close their books and sit idle in darkness. Students can’t study properly due to this problem. They suffer a lot if electricity fails before their examination.

The industrial units are paralyzed owing to the failure of electricity. So due to lode-shedding production in mills and factories decreases. We can minimize load shedding by developing an effective power management system and by reducing system loss. Because of load shedding, the entire lifestyle both domestic and industrial comes to a standstill. t hampers the normal productivity of mills and factories. Load-shedding at night encourages the miscreants in there violent works. The government should take the necessary steps to stop it as early as possible. Illegal connection and system loss should also be stopped. To get rid of this problem we need to take effective steps to produce adequate power, planned distribution, to set up more electric plants, to disconnect the illegal connections, to prevent misuse and to keep open the shopping places and business centers during a scheduled time. Besides, we have to use electricity carefully and we have to remove wastage of electricity. It is we the human beings who are responsible for load shedding. Accordingly, more power stations in the country should be established. We should not waste electricity. To stop load shedding we have to set up more electricity plants and produce more electricity to meet our increasing demand. Corruptions in this sector must be curbed with an iron hand. The authority should also have a plan for the distribution of electricity.