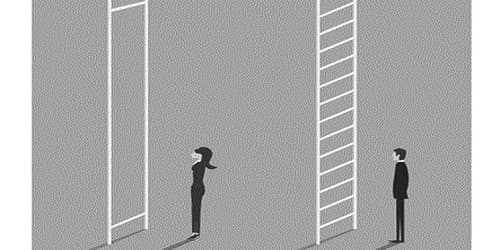 Gender inequality is an issue that has been repeating itself throughout society for decades. Discrimination against women is a global issue as even in developed Western nations women experience biasness on the basis of their gender. Today we stand on a different level in this global village where everyone is interconnected, where there is a huge ocean of knowledge and information that is easily accessible. People are more educated and aware of their rights then they were before. More specifically, such issues have been noted in areas such as education, work, and society.

Under many occasions, women, for example, have been discriminated in education, work, or society. Before adding light to the major issues of gender inequality it is important to understand what is Equality or Equal Rights? By the law of nature, every human being is born different, they are physically different from each other, their features and personalities are different but does that mean their rights as individuals are not equal?; The answer to this question is very simple yet very twisted and complicated, many struggles have been made from centuries to find an answer to this question. Every human being holds equal fundamental rights in their lives; that involves right of basic education, job and their proper place in the society, these rights should be equal for everyone, regardless of their gender or social background. Discrimination in the workplace, specifically gender discrimination is a significant matter, impacting women all over the world.

Gender in work is very common almost in every organization, and the employers through the human resource team have made an effort of having a workplace environment that is free from discrimination. As aforementioned, the struggle for equal rights of women is still going on; it is a major issue of concern in almost every county. Women of the west consider herself freer than the women of the east. The employers have been convinced by the performance and impact that women make on organizational growth.

Till now women are given much more rights than before, now she can acquire education and choose her career and become financially independent.  It is true that they are still being treated unfairly but there is another side of the story because of which the women who deserve equal rights suffer the most violence both at the domestic and social level. Based on the current roles that men and women do in the workplace, every organization needs to understand gender with absolute fairness and impartiality as far as rights, benefits, obligations, and opportunities are concerned.

Another important part of our society which is still mainly neglected is the transgender community, in the west, they still have some rights of basic education and jobs but in Middle East countries like India, Afghanistan, Iran, Iraq or Pakistan they are not even considered as a part of society. Women are declared weak and are only good in the household. They are not given their identity cards which make them non-existent; they are forced to beg on the street, remain uneducated and reduced to the business of prostitution. What is their fault? No one raises their voice for them. They still need to struggle for their rights; it is very rare that they get any job, even if they make it they get harassed by everyone.

These are the dark and stark realities and issues of our world regarding inequality that lies everywhere even after the progress that we have made in science. As Plato, remarks, “All men are by nature equal made all of the same earth, by the same Creator, and however we deceive ourselves, everyone is as dear to God.” Throughout time women have been the backbone of society, but their work has been always being overlooked. Proper measures are to be taken to create equality among everyone; each gender can co-exist in the same society and move towards the progress together.