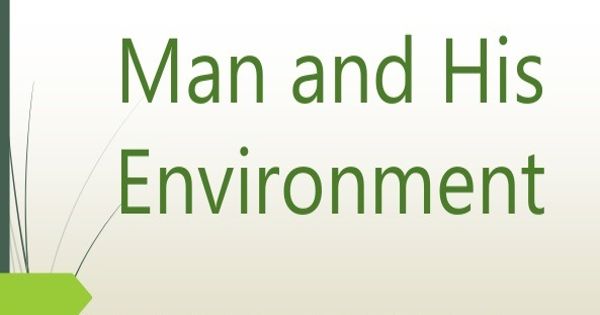 Man and His Environment

We live in an interlinked world. Nature maintains a delicate balance with all living beings as well as plants. One species is invariably dependent on others for its existence. In communist China, once sparrows (a kind of bard) were killed in thousands as they eat a large number of crops of the field. But in the following year, it was noticed that crop output had fallen. Later on, it was discovered that the sparrows that eat crops also eat, along with crops, harmful worms that destroy crops. Likewise, crop production would suffer if all the snakes of the paddy field are killed at once. For these snakes keep away the rats that eat up a large number of crops. Indeed, in the broad scheme of nature, no animal, however small or insignificant, is superfluous (unnecessary). India govt. had to stop the dollar-earning (profitable) export of frogs since, without them, mosquitoes breed faster and in larger numbers. For frogs eat up larva or mosquito eggs. These eggs again, along with fungi, serve as food for fish. So to remove one species is to break the well-organized chain of nature. Trees serve us in many ways. They are the constant source of supply of food, fuel, and fodder. But with the advancement of industrialization, trees in the forest are being felled indiscriminately (thoughtlessly, at random).but a forest is also the habitat of wild animals. So many important species are dying out, leaving a lacuna (gap) in the scheme of nature, besides, with the destruction of forests, rainfall decreases, and erosion of soil increases. This is a suicidal or self-destructive step. Experts are of opinion that for the safety of human habitation, there should be at least one-fifth area as forest cover. So to conserve (protect) forests some women folk of Uttar Pradesh have started a movement called the Chipku. They embrace (surround) tree as the wood-cutter approaches and thus prevent that tree from the jaws of depredation (destruction).

Our globe is getting warmer because of the burning of petrol and other harmful fuels and gases with the accumulation of carbon in the atmosphere too much. We know that mother earth, with all her inhabitants, is benignly (kindly) protected by van Allan Belt – the ozone layer- from the radiation of noxious (harmful) cosmic rays. But cracks and gaps have now appeared there. And this is happening because the earth is hooting up. This will probably lead to imbalance. The apprehension is that sea-levels rise in consequence of the melting of the glacier due to heat.

All this is happening as the earth is warming up unduly. The will probably lead to imbalance. The apprehension is that the sea level will rise.

Over and above this, slags and toxic acids, discharged by the factories, have been polluting the rivers and waterways at the perilous risk of human existence. And the level of water under the soil is daily going down because of over-exploitation by deep tube-wells. So our selfish consumerism (habits of over-much materialistic enjoyment) and short-sighted planning are imperiling (endangering) our entire existence-overhead and underground.

Fortunately, there are now signs of growing awareness of the impending (coming) danger in responsible quarters. Recently, environment conferences were held in Argentina and elsewhere to tide over the danger. If the big powers play their expected part in not polluting the environment and funding the projects for the preservation of the ecological balance, humanity can be even now saved from the brink of extinction.