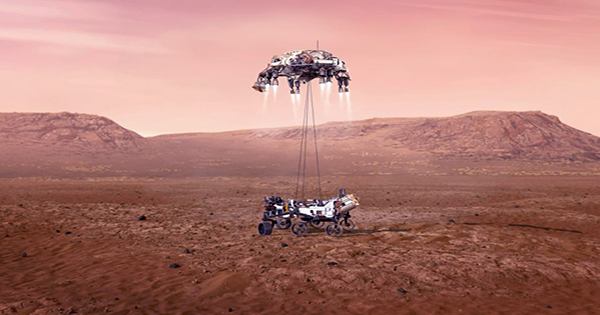 Observations by NASA’s Curiosity rover have made some interesting revelations about the past climate of Mars. Based on this information, the researchers believed that the Red Planet experienced dramatic fluctuations between the wet planet and the dryer era.

Mars, it appears, did not dry out all at once. The findings published in the Journal of Zoology. The French-American team was led William Rapin, from the Institut de Richards n Astrophysique and Planétologie. They looked at different layers of sediment identified by a curiosity called Mount Sharper (official name Aeolis Mons).

Curiosity’s entire search is back in time. The Gal Crater, where the rover is located, is an ancient lake and the 5.5 km (3.4 mi) long Mount Sharp was formed layer after layer of accumulated material, which then destroyed. However, not all levels are the same. Curiosity spent quite a bit of time studying the so-called soil-carrying unit (check it out if you prefer layered rock) and it has now reached the sulfate-carrying unit. This analysis provides the first description of this region of Mount Sharp and suggests that the different colored layers identified by the telescopic image of the ChemCam instrument refer to different climates.

Soil-rich layered reservoirs expected to form in the lakebed, and on top of that, are consistent with sediments formed by the transfer of mounds formed by the wind. This means that the region has dried up and the planet has lost its free-flowing water – but apparently not for the last time. Above the dry formed sediment, there are minimal and resistant beds characteristic of the river floodplain. So come back wet Infinity for a while. The entire rocky slate is several hundred meters thick and corresponds to the Martian Hesperian age, which lasted from 3.7 to 2.9 billion years ago.

Thus, the idea from current observations is that the climate of Mars must fluctuate – water must have disappeared long before it returned. However, where did the water go? This is actually an open question to planetary scientists. The general idea over time was that when the planet lost its atmosphere, water evaporated and disappeared into space. However, new research has shown that large amounts of water (although not much of it) may be trapped inside rocks and minerals buried deep beneath Mars rocks.