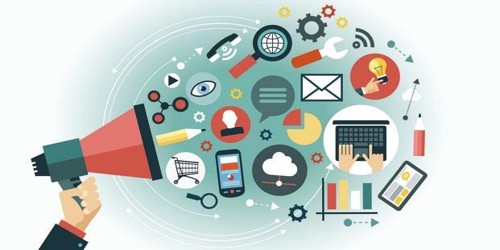 Advertising is an important social phenomenon. There are many media or sources of advertisements. It’s the most effective way to let consumers know your products. Consumers are confronted with extensive daily doses of advertising in multiple media. The manufacturing companies use the media or sources to make wide publicity of their manufactured goods. The important media are very helpful in this regard.  They are television, newspapers, Radio, Magazines, Direct Mail, Internet advertising, Sponsorship, Outdoor Advertising, and other media options. Radio, T.V. newspaper, magazine, pictorial, posters, handbills, walling, am plating are the sources of serving and publicizing advertisements. Among them, advertisements on T.V. screens are the best. Television advertising is posted the ads on TV. These are the mass media.

It’s the number one of the advertising media because it’ s the most effective way to let people know your products and your company. There are many advertising firms. The enlisted, empowered and authorized advertisers or advertising firms conduct a direct negotiation for rates and report the interesting manufacturing bodies on companies for advertisements. Advertising development is bound to have an increasingly important influence on the development of mass media.

The corporate groups, banks, business houses, filmmakers, shopkeepers, traders, manufacturers, spend lots of taka on advertisements, Not even a single commodity is left unadvertised or unpublicized for its sell promotion and permanent marketing. People of various classes and tastes even a child in the mother’s lap should know or learn about newly manufactured goods. These advertisements can easily attract them. In an age of commercial competition, goods could not be sold without proper advertisement.

Advertisements on T.V. sometimes endanger children and youngsters. They are fond of Imitation. Sometimes they want to practice their attracted scenes. With high-tech, advertising has become part of the information dissemination activities in our lives. As we advance, we make new discoveries and inventions. The motive of advertisement should be public service, not private gain.

Advertising is a particular need, since the production and exchange of goods, advertising had begun to be used in life. In the past, people were quite ignorant of the advertisement. The world’s first ad is conducted by voice, also known as oral advertising, which is the most primitive sell advertising, which is characterized by simple forms of advertising in particular. But today even an infant in its mother’s lap is quite aware of it. Unadvertised commodities do not get their sales promoted. International Manufacturing Companies sponsor worldwide games and sports to publicize or advertise their manufacturing goods internationally or all over the world. Inevitably, the development of advertising caused a lot of impact on mass media, both positive and negative. So, excessive advertisement was harmful to people.