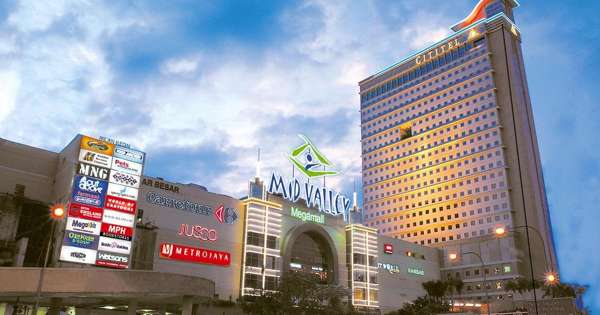 It has about 430 shops on five and a half floors. It also has an 18 screen cinema. Then there is a state-of-the-art bowling center, a One-Stop IT Centre, two mega food courts, and also a mega bookstore called MPH.

It houses a 48300 square foot convention center and it is situated adjacent to a 646 room business hotel named Cititel Midvalley and thirty units of exclusive eleven-storey signature offices. A second hotel, Boulevard, opened in mid-2005. It has 390 rooms. Megamall is a key part of Mid-Valley City, one of the country’s largest urban development projects.

Mid Valley Megamall is home to a myriad of retail experiences unlike any other, ranging from a dazzling array of fashion and lifestyle innovations to home furnishings, cosmetics, and healthcare essentials to wining, dining, and all things entertainment.

One of Malaysia’s most popular tourist destinations, Megamall is one of the largest shopping complexes. It was awarded the Best Shopping Complex Award 2000 by Tourism Malaysia and Best Retail Development Award 2001 by FIABCI Malaysia. A visit to Malaysia would not be complete without visiting this mall. It is easily accessible as there are KTM Komuter trains, buses, and taxis that ply this route regularly.

The Gardens, a new wing, was opened to the public in October 2007. After The Gardens was completed in 2007, it is linked to Mid Valley Megamall through a bridge. Not many know about the existence of this bridge, though, as it is hidden by Oasis, one of the main food courts in the Megamall, which probably contributes to the high contrast between crowds of the two shopping centers. As this mall is huge, it is always a good idea to take a look and study the directory of the various shops that are located in both the Megamall and the Gardens.

Whether weekdays or weekends, this shopping complex will be full of people. The traffic around this area is always congested with both public and private transport. One can choose to travel by bus, taxi, LRT, or car.

It houses a 48,300 sq ft (4,490 m2) convention center and it is adjacent to a 646-room business hotel named Cititel Midvalley. A further two hotels are in the same area: The Boulevard Hotel, The Gardens Hotel, and Residences. There has been a proposal to link Mid Valley Megamall and Masjid Jamek via a 5.5 km (3.4 mi) bicycle lane.

There are three of Malaysia’s famous anchors: Metrojaya, Jusco, and Carrefour in the building. Eateries are plenty here and most of them are located at the Lower Ground and First Floor. Fast food outlets such as Burger King, McDonald’s, Pizza Hut, KFC, Sushi King, and Long John Silver’s are all located at the LG level. A whole range of international cuisines featuring American, Chinese, Irish, Italian, Japanese, Korean, Malaysian, Thai, and Vietnamese are all available here for one to savor.

In recent times the mall has garnered media attention with events like the IT Fair, Home and Decoration Fair, and The MATTA Fair being held in the Exhibition Center.

The Mid Valley Megamall is a place Malaysia can boast of to people visiting it. It is on par with the shopping complexes found in most developed countries.