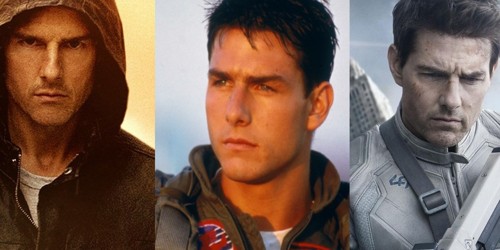 The art or occupation of performing fictional roles in plays, films or television is called acting. Movies are an absolute joy to watch, With the action-packed fight sequences coupled with romantic and light-hearted moments, it is understandable to know why watching movies is such a popular pastime. However, what keeps me glued to the screen is the acting. There are a lot of famous, talented actors and actresses in the world. Without good actors, the movie would be nothing. There are many actors and actresses whom I love to watch. However, my favorite actor is Tom Cruise. He’s well known all over the world.

Tom Cruise is an American actor and producer. He has received three nominations for the Oscar for the best actor and is one of the top 100 movie stars of all time.

Tom Cruise first shot to fame with his portrayal of Ethan Hunt in the great hit movie Mission Impossible. The movie’s success was credited mostly to its engaging storyline, high-tech gadgetry, and Tom Cruise’s talented acting. The success of Mission Impossible resulted in the release of two sequels to the film which did equally well worldwide. All these movies presented Tom Cruise’s ability to perform gravity-defying, gun-wielding stunts himself which almost rendered the stuntman obsolete. The only other actor who performed dangerous stunts was Harrison Ford in Indiana Jones.

Besides acting in high-octane action movies, Tom Cruise has also acted in heartwarming movies such as Jerry Mcguire. His role in the movie as a lawyer and executive was executed to near perfection. I can remember nearly succumbing to tears as I watched his role facing repeated failures before achieving victory. The movie garnered much support from both fans and critics of the actor. Tom Cruise then, much to my delight, went on to win an Oscar for his performance in the movie.

Tom Cruise’s personal life is just as extraordinary as his acting career. Most of his friends are celebrities who include David Beckham and Oprah Winfrey. He had been seen going out with most of Hollywood’s A-list actresses before finally tying the knot with Nicole Kidman. The couple adopted two children before going their separate ways. Tom Cruise then married Katie Holmes, another up-coming actress.

All in all, Tom Cruise can be considered one of the most famous actors in the world. He has been in the movie scene for almost two decades but shows no sign of retiring. He has never ceased to enthrall audiences with his acting prowess and me, as well as millions of fans around the world, hope to see more of his movies in cinemas worldwide. He contributed to the film industry, has shown his talent and has played in several wonderful films.