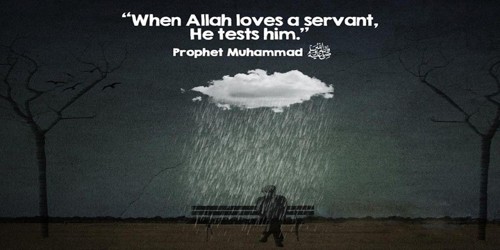 My favorite personality is our Holy Prophet Muhammad (P.B.U.H), who is the last messenger of Allah in this world upon whom the revelation of the Quran was sent. In a Hadis Allah says to Hazarat Adam “I Muhammad would not be created you also not be created”. Prophet Muhammad (P.B.U.H) is the person who encompasses all the good qualities in his personality, as Hazrat Ayesha (R.A) wife of Prophet (P.B.U.H) narrated, “Muhammad (P.B.U.H) is the living example of Quran, he is an embodiment of Quran.” He is the last prophet. He was born in Makah in the year 570. Before the birth of Muhammad (P.B.U.H) people in Arab was completely indulged in every kind of malevolent activities, darkness was prevailing, whole Arab was affected by the vices of humankind, then there came the time when a ray of hope emerged with the birth of Prophet Muhammad (P.B.U.H). Due to his chivalry, Prophet (P.B.U.H) became very popular in the city of Makkah, people used to call him honest because of his pious character, when he reached the age of 40 first revelation of Quran was sent to him in Gar-e-Hira, the angel Gabriel brought a message from the Creator which is mentioned in Surah Iqra, “Read with the name of thy Lord, Who created you Read.”

After the advent of Islam, Prophet Muhammad (P.B.U.H) started preaching the people of Mecca as well as others in Arab. He became a source of light for the people who were lost in immense darkness and chaos. He acted as a savior and a preacher of Islam, but things were not easy for him. Our beloved Prophet (P.B.U.H) had to face many troubles, trials, and tribulations. His life was filled with a lot of calamities and chaos, he was at first betrayed and stabbed by his own people and family but he endured everything just for the sake of his Ummah. At present one-fifth of the people of the world are the followers of this great and noble prophet.

All Muslims are grateful to him for his achievements. In the modern world, everyone wants peace in their life; people are working like machines to gain success, fame, and money. Many famous figures recognized him as an important person in the history of mankind. For having peace in life one has to follow golden principals of Islam set forth by the best Teacher, Preacher or Mentor of this world, our Holy Prophet Muhammad (P.B.U.H). He made Muslims brothers of one another, built a great nation and powerful state.