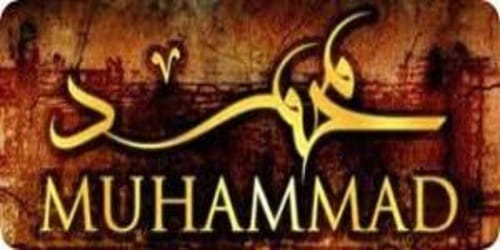 All men are the best creations of the Almighty Allah. Yet the qualities of each and everyone are not the same and similar. A man within his short span of life may come in touch with many men, but all are not admired equally. Up to the very moment of my life, I have found many men and studied the life and works of many men both alive and dead. Amongst them, I admire Hazrat Muhammad (sm) — the last prophet of the Muslims.

He was born in the famous Quraish family of Macca in 570 AD. His father was Abdullah and mother was Amina. He was a posthumous child because he lost his father before he was born. Then he was brought up by Abdul Mutaleb – his grandfather and later by Abu Taleb — his uncle.

His early life was quite different from other men in the world. Truly speaking, he was a class by himself from all times to come. He was very thoughtful. He was the lover and worshiper of truth and beauty. He never told lies but spoke the truth at all costs. People in Arabia either friend or foe called him AlAmin – the trustworthy.

His youth: My admired man was very honest to the penny since his boyhood. He liked living a very plain life. At the age of 25, he married Khadija Begum — a 40 years old lady by dint of his stainless character. She was the then richest lady in Arabia. He got immense wealth from her but he spent it on the well-being of the poor.

My admired man declared the Oneness of Allah. He contemplated in the Mount Hera. He attempted to preach Islam all over Arabia. Then people in Arabia were very ignorant and dunderheaded. They hated Hazrat Muhammad (sm) and did not believe in his teachings the dictates of Allah. They believed in many gods and goddesses. He faced a lot of Troubles in preaching Islam. It was his only target of life to declare the oneness of Allah and to preach Islam and its teachings. When he attained the age of forty, the holy Quran was revealed on him. Ile taught the common people the dictates and ideals of the Quran. Ile preached, “He is the best of you who reads the Quran and Teaches others.”

The Arabs in those days were the worshipers of many gods and goddesses. They did not believe in the teaching of my admired man. The period was known or called the Day of Ignorance. Whatever he told the people about God and Islam, they took it otherwise. It made them annoyed more seriously. The Arabs pelted at stones him, wanted to have killed him and drive him away from the country. For the sake of his life, he with some of his followers left for Medina from Mecca. The day of Hizri Year began on and from his leaving Mecca. The people of Medina received him warmly. Many of them accepted Islam. Then he conquered Medina. In Islamic history, this is known as a conquest of Medina.

My admired man-made reformations in all respects. He was a dedicated person to the services of mankind without making any distinction between caste and creed. He treated all equally. He made social, religious and other reformations in the then Arab society. He attempted hard or made frantic efforts to build up an exploitation-free society. During the Dark Age, the Arabs buried their daughters alive as a token of poverty. He made people understand that the burying of a living being is a great sin. He called upon the people of Medina to be united in order to maintain peace, harmony, multi-relation, and discipline among them. Then he made a Magna Carta with 47 sections. Once the people of Macca promised to kill him. They appeared before him with an apology. The Prophet (sm) asked how they would like to be treated. They replied in one voice, “Akhun karimun wabnuakhin karim”. — “Ye, our brother of kindness. We expect a kind behavior from you.” Then he forgave and set them free.

Hazrat Muhammad (sm) died in 623 AD. at the age of 63 years only. The whole world mourned for his sudden demise. My admired man is the best of a lot of all men and women. We are also fortunate to be his ummat. He dedicated his life to the whole Muslim world. He is the last prophet.