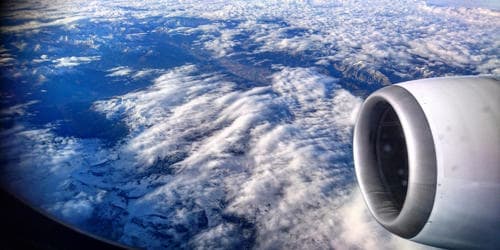 Introduction: Cowper says, ‘variety is the spice of life.’ A plane journey is one of the most enjoyable varieties in life. I have been deeply moved on three occasions in my life. My first sight of the sea was another occasion which moved me very deeply. But my first flight in the air was the most exciting experience in my life. I took A Journey By Air.

Preparation: I had a prolonged desire for traveling by plane. My desire, at last, came into reality during the last summer vacation. Father had to go to (Placename) for an urgent piece of business. He decided to go there by plane. I availed myself of the opportunity. We reached Dhaka by bus and bought two tickets by the window.

Enjoyments and experience: the time of leaving the plane turned up. I entered the airplane in the morning. At first, it was no better than getting into a car or bus. The caption announced that he would be soon starting. We got on the plane with the other passengers. We were asked to fasten the seat belts. The noise of the machine made me feel that it was different. Soon the plane took off and rose in the air higher and higher. The buzzing sound which had fascinated me from the ground now belonged to me. The things below looked so tiny. The plane raced down the runway slowly and then took off smoothly with a jerk.

As we rose higher, the plane bumped a little as the weather was a little rough.  I saw clouds floating in the sky. Houses and trees below looked like tiny toys. At this, I felt a little bit nervous. But I got it over after a short while and looked down from my window. The buildings, the people, and the trees below looked like tiny toys. The roads look like thin lines drawn on a sheet of paper and so did the rivers. The boats and motor cars seemed like moving dolls. I saw the soft white clouds floating by. They looked like huge cotton balls. There were clouds and clouds all around us. I felt like touching them. But they were flying! Then I felt like saying after the poet,

“I gazed and gazed but little thought; what wealth the show to me had brought.”

Conclusion: thus I enjoyed the flight very much. The memory of the flight shall remain ever fresh in my mind. It was a very interesting and exciting one indeed. Even today I bear the flight in my memory.