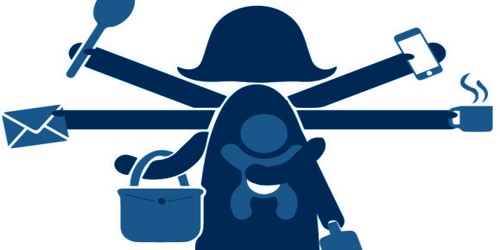 My mother eyed me with suspicion. I dared not look at her. Knowing that I was late from school five days consecutively, I could not offer an acceptable explanation. I knew she did not believe that I had extracurricular activities every day and arrive home after 5 pm. However, realizing she had little choice but to accept my explanation, she told me that dinner was in the refrigerator and to warm it up in the microwave oven. She had to rush for her night shift at the local clinic.

Ever since we lost our dad in an accident, my mother became the sole breadwinner. I was the eldest among the four siblings and it fell upon my shoulder to ensure that they become responsible adults. Aside from helping mother with the household chores, I regularly coach them in their studies. Thankfully, they are obedient children and never once did I have had to raise my voice or force them to complete their homework. But all of us missed dad tremendously. He was a model father and husband. Life was cruelly snatched away from him at a very young age of 40. It was a freak accident that killed him. He was walking towards his car parked at a construction site when a crane accidentally dropped a huge metal on him. He died instantly and mom had never recovered from the tragic incident.

However, she managed to pull through for our sake and secured a job at the clinic. It was very tough on someone like her who had never worked before in her life. But money was scarce and there were five mouths to feed. Dad did not leave much behind. He never suspected he would die so young. we stopped dining out and had our meals mostly at home. we basically lived from hand to mouth. That’s when it dawned on me that I had to do my part for the family. I knew mother would not agree but I threw caution out of the window and managed to get a part-time job at a fast-food joint. I worked three hours a day and managed to bring home money so that my siblings and I can go out for occasional movies or meals.

I am sure the mother suspected something amiss. But she could not quite point the figure to the source of her suspicion. However, I was guilt-ridden and had to constantly reassure myself that contributing financially tot he family was the least I could to alleviate my mother’s burden. One day, while I was busy serving the customers, I was startled to see mother standing opposite the counter waiting to place an order. She appeared perplexed and shocked at the same time. I took her orders and saw her returning to a table occupied by my siblings! My supervisor who saw my worried expression and who knew about my family situation quickly volunteered to take over my duties. Slowly, I removed my apron and joined my family.

Mother was already crying and so were my siblings. She covered my hands with hers and told me that she was grateful for my help. I could not hold back my tears and hugged her. I realized that I should not have hidden such a big secret from her. But my beloved mother understood my situation and reassured me everything would be alright.