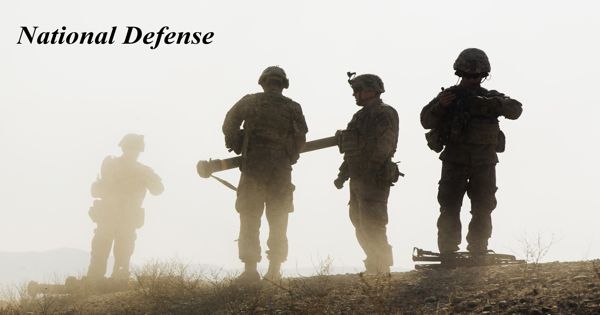 The power to defend the states against aggression is the primary responsibility of a people. For the last hundred and fifty years we were free from foreign attacks and the whole responsibility for defense rested with the British. This had made us self-complacent; we did not bother about our defenses. How the British defended us is well known to the people of Bengal when the foreign army rode roughshod over the people’s interests in the name of national defense. But now we have to think about this problem from a truly national standpoint, for the responsibility rests with us.

The first step is to organize a real national defense force consisting of an army, a navy, and an air-force. This is admitted by all. We are already on the way towards building up these forces. Our entire army is today nationalized, and under our own military leaders our armies have should their mettle at home and abroad in a remarkable manner. Our military academies are building up a fine cadre of officers who will be second to none in efficiency.

But something more is necessary if the defense is to be national in character. First, the ranks should be thrown open to merit. There must be no special reservations for particular castes or communities. This has not yet been clearly recognized. Secondly, the defense must not be build up with foreign aid in any form. It is, it means that the army may have to be used in the interest of the foreign power that offers aid. Obviously, such a defense cannot be called ‘national’.

National defense, in one sense, is a somewhat abstract conception. India is well protected by nature. She was overrun and conquered by foreign powers in the past more for her own disunity than for the weakness of her defenses. She never had, in that past, a national army or navy, for the people were never able to unite. Today a foreign power will not find it so easy to attack the country, for the country as a whole will rise in self-defense. The true defense of the country lies in the heart of the people. If the heart of the people is sound, that is the best national define. Hence national defense, in the proper sense, can never be the concern merely of Government only, it is the duty and responsibility of the people. It is the sacred duty that devolves upon every individual in a country is imbued with this strong conviction, then that country becomes invincible. It is, therefore, the moral duty of every able-bodied youth in the country to be a member of the territorial forces, ready to rush to arms whenever the country is in peril.

In modern world condition, India cannot be said to run the risk of any external aggression. The only state that might be incited to make the attempt in Pakistan. The two countries are not getting on well with each other and a declaration of war by Pakistan on India is no more an unlikely contingency recently, China seems to have thrown to the winds the principles of Panch Shila; it attacked India. But here also the chances of large-scale operations may not be great. With the magazines of the big powers stored with atomic weapons, however, the nightmare of a long drawn war of attrition has given place to fear of a desperate war of annihilation. This frightening possibility should act as a salutary check on was-mindedness in this world. For this reason, it does not seem intelligent for under-developed countries to spend crores of rupees for national defense and thereby deprive the national building departments of necessary financial help. It was on similar arguments that we used to condemn the expenditure incurred by the British for the defense of the country, and the arguments yet hold good. It is interesting to note that when in 1919 Lenin was faced with the alternative of either making a humiliating peace with Germany or holding up his plans for national reconstruction, he chose the former possibly on the prudential consideration that ‘He who fights and runs away, lives to fight another day’. It is possible to have non-aggression pacts with all these countries as a second line of national defense. Nehru’s lasting credit lies in basing the national defense more on the five principles – Panch Shil – then on a powerful system of military defense.