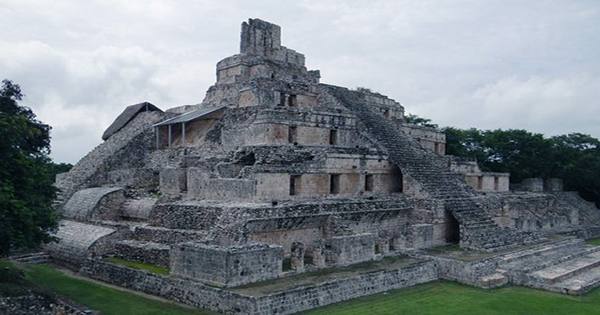 Archaeologists uncovered 478 ancient ceremonial complexes in southern Mexico, built by a variety of pre-Columbian civilizations. Researchers say that the newly discovered sites may assist to elucidate the mystery relationship between the Olmecs and the Maya, thereby providing some insights as to how the latter rose to prominence, in a paper published in the journal Nature Human Behaviour. Last year, the same team of experts discovered Aguada Fénix, the largest and oldest Maya building yet discovered. The site, which is thought to have been built between 1000 and 800 BCE, was particularly renowned for its unique layout, which consisted of a central plateau flanked by 20 smaller platforms.

This layout is notable since the number 20 is believed to have carried cosmological significance for the Maya, and several other sites have been discovered to follow this pattern. Researchers wanted to investigate if this cultural legacy was unique to this legendary civilisation or if it was shared by other ancient civilizations.

They used publicly available data collected by lidar technology, which uses lasers to detect buried three-dimensional structures, to find out. They discovered about 500 ancient sites across an area of 84,500 square kilometers (32,625 square miles), dating from 1050 to 400 BCE.

Surprisingly, several of these structures were erected before the Maya and replicated the physical configuration of Aguada Fénix. The identical design was discovered, for example, at the ancient Olmec site of San Lorenzo, which flourished between 1400 and 1150 BCE.

This shows that San Lorenzo functioned as a model for subsequent monuments, such as Aguada Fénix, and that the Maya may have acquired their temple architecture from the ancient Olmec culture. Though such a conclusion is only preliminary at this point, these findings may help to answer a long-standing question over whether the Maya descended from the Olmecs or evolved independently.

“In terms of site organization, people always thought San Lorenzo was quite unique and different from what came later,” said lead author Takeshi Inomata of the University of Arizona. “But now we can see that San Lorenzo has a rectangular plaza flanked by edge platforms, same like Aguada Fénix.”This indicates that San Lorenzo played a pivotal role in the development of some of the Maya’s later ideas.”

The complexes were most likely used as ritual gathering places, according to archaeologists, and several were created to coincide with the sunrise on significant days. “This suggests they were representing cosmic notions through these ceremonial locations,” Inomata added, adding that the structures’ creation was led by a ritual calendar. More research is needed to piece together the complete story of how and why these structures were built, but their discovery has already shifted our perspective on Maya-Olmec interactions, implying that the two ancient cultures had more in common than previously assumed.