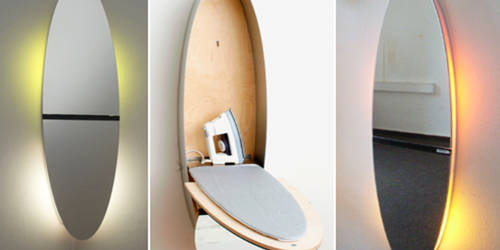 Since young, I have been fascinated by works of science fiction. I have read all the novels and stories of famous science fiction writers such as Arthur C. Clarke and Jules Verne. My favorite television programs have been the likes of “Star Trek”, “Space 1999” and “Battlestar Gallactica”.

Since the beginning of time, a man had used his inventive faculties to create machines to make life easier. We now have machines that would have been thought to be children’s fantasies at one time.

We now have jet planes that can transport people from one corner of the globe to the other in a matter of hours where our forefathers could have to spend months or even years to cover the same distance. with the advent of the computer and the Internet, information can be sent and received by millions of people all over the world. Indeed, the last fifty years had seen such rapid progress in science like never before in the entire history of mankind. So, it is not a mere fantasy of mine to see certain inventions coming into being in the future. I have many in mind but the following three are what I consider to be of utmost importance.

First, I would like to see improved household appliances. There are already mixers, grinders, and cookers. But I would like to see the integration of these machines into one. I imagine a machine where all the ingredients are placed into different compartments. The front of the machine would have a menu with selection buttons. All the user would need to do is press the button for the meal she wants and the machine who does the rest. The machine would perhaps be a model based on the one featured in the futuristic cartoon show “The Jetsons”.

Then, I would like to see the transportation systems portrayed in “Star Trek” become a reality One would only need to stand in a ‘transporter’ and be sent to the place he wants to be. Roads would become a thing of the past and the precious land could be made full use in building residential and recreational facilities.

Finally, home-based education. We have already seen the changes in the past twenty years since the introduction of personal computers and the widespread use of the Internet. A further refinement on this technology and there would not be a need for schools. Pupils can study at home through computer-based teaching systems or they may study through the use of virtual reality. they would just have to put on their virtual reality headsets and they would find themselves in a virtual classroom where they can study the subjects of their choice.

These are the inventions that I would like to see in the future. They may seem far-fetched or even impossible today, but then, so did the possibility of flight a mere century ago.