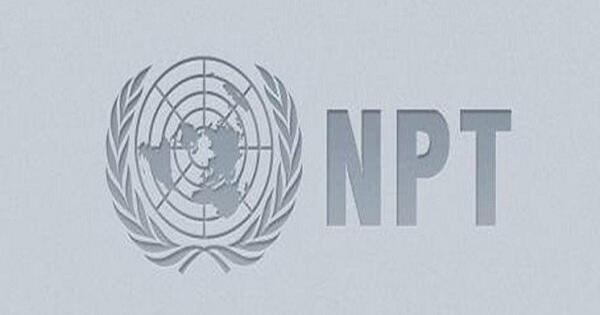 Since nuclear weapons ceased to be the monopoly of any one nation, the danger of its spreading among other peoples has posed a serious threat to the peace of the world. The principle of its manufacture being known, any government prepared to foot the bill—(which of course would run to astronomical figures)—is now in a position to have its own arsenal of atomic weapons. Fear of a nuclear war—with China on the warpath—is almost a nightmare that hunts humanity; imagination staggers to contemplate what the spread of such weapons would spell for the future of mankind.

The dangers even now are sufficiently grave. The outfall from centers, where such weapons are made and experiments are carried out, is already a source of grave risk to the immediate neighborhood. The explosion of as atomic bomb for test purposes contaminates the surrounding atmosphere ; the nature and extent of such contamination are unknown. If a real war breaks out, it may be, for all we know, the end of mankind ; the Frankenstein monster would have done its worst. With big nations—like the U.S.A., the U.S.S.R., the People’s Republic of China viewing each other with veiled or open hostility, anything may happen at any time. No one can view this prospect with equanimity. It is from this growing realization of potential danger that the nuclear powers, with the exception of China decided to formulate plans for meeting the situation.

The movement arose out of the Geneva disarmament conference. The great powers were not prepared for any comprehensive plan of disarmament. They could only think of in terms of checks on the proliferation of nuclear armaments. With this object, they drew up a treaty providing that the nuclear powers must refrain from expanding their nuclear arm, and the signatories to this treaty pledged themselves not to manufacture atomic weapons. These are the main provisions ; the question—how far they will contribute to the achievement of the desired end ?

The treaty has been signed by U.S.A., U.S.S.R. and Great Britain. France has refused to sign it, though she has declared her intention of observing its provisions in spirit. India also has declined to sign it. Her objection is that it makes a distinction between nuclear and non-nuclear nations that is wrong in principle, and dangerous in implications. It will not prevent a nuclear war. The promise to protect non-nuclear powers in case of a nuclear attack puts the former on a permanent basis of inferiority. This is morally wrong and politically unsound. The only way to meet the situation is the complete destruction of nuclear warhead. That India’s lead is being followed by other developing nations in Asia and Africa considerably reduces the force of the treaty.

It is difficult to envisage complete banning of nuclear weapons. In the first place, if China remains outside the comity of nations, and refuses to join any common programme, the incentive to banning the weapon will be gone. Whatever is done, must be done with China’s approval. Secondly, the drafting of a treaty must not be a sort of private arrangement among a few privileged nations, but must have a firm basis of unforced unanimity. A solution to be binding should emanate from a source in which each nation has confidence. It cannot be imposed from a position of superiority. And yet for the sake of humanity, to prevent the use of this terrible weapon of destruction, something has to be done, and it is in the interest of all, that something is made effective by as wide a consensus as possible.