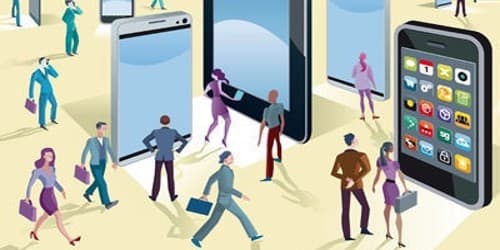 We all carry a mobile phone or a smartphone with us. Phones are something you will see everywhere today, among children, senior citizens, laborers, workers of every kind. It helps us to communicate with our relatives or friends who are not near to us physically. Mobile phones went viral faster than any other plague in the history of this world. However mobile phones have made their transformations from one form to another over the past couple of months.  Teenagers or students are greatly influenced by the evil side of mobile phones. Again some physician claims that excessive use of mobile phones can be health hazardous.

When the first of the mobile phones came out, there was a sense of shock among people. People were shocked to see a handy gadget that went on further to replace landline phones. But you can say that their shock was expected. We are in the age of technology where everything around you is made up of some technological agenda or is using some technology in its use/making. Smartphones were the main reason why we call the modern age, the age of technology. We now know that mobile phones have made our lives easier, but anything that advantages also comes with some disadvantages.

Misusage of mobile phones among children is quite typical now in today’s age. Even the 12-year-olds today carry mobile phones with them everywhere they go, yes it’s a fact that mobile phones today have become a need for communication but don’t you think it’s actually diverting growing minds from the real worlds and dragging them further into the virtual worlds. They end up losing control in studies. It may cause migraine, loss of hearing or even brain tumor. Misusage of mobile phones is also declining the ethical values we had amongst ourselves. Socializing with real people is not quite common now, and even private conversations happen on mobile phones and not in reality.