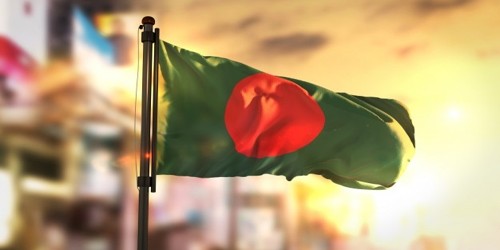 The proportion of its length and breadth is 10:6. It is a piece of rectangular green cloth with a round red disc-like a patch in the middle. The radius of the red circle is one-fifth of the length of the flag. The green color represents the admiration of youthful vigor as well as the green fields and the evergreen subtropical forest of Bangladesh. The red circle symbolizes the rising sun with new hopes and aspiration of a new nation. The red color also symbolizes blood. It reminds us of the history of our independence. Many heroic sons of this soil sacrificed their lives for the cause of independence. Our National Flag designed by the late Kamrul Hassan, one of the reputed artists of the country. The dignity and significance of the national flag must be preserved at the cost of our lives. When we look at the national flag, our eyes are filled with immense and contentment. 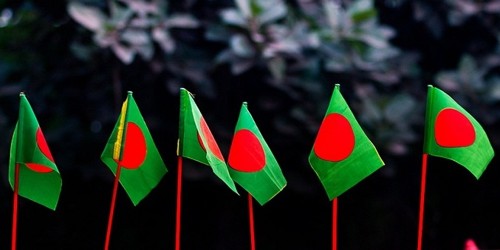