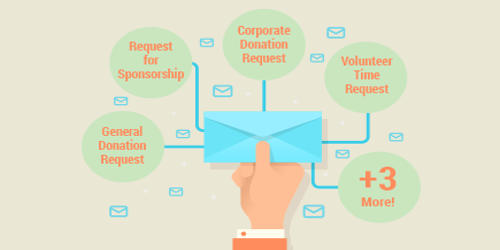 Who would I turn to should I have to raise funds for a needy cause? I would have to take into consideration several relevant factors: the objectives of the fundraising, the target amount to braised, the initiators or the organizers, the nature of the fundraising project, and the beneficiary or beneficiaries among others.

Fundraising is the process of seeking and gathering voluntary financial contributions by engaging individuals, businesses, charitable foundations, or governmental agencies. Fundraisers provide their services either as a volunteer or on a salaried basis or for pre-determined fees. Before deciding on whose shoulders the task should fall on, it is fundamentally sensible to consider both aspects.

In the first instance, if the organizers undertake the fundraising on its own with volunteers, then all the monies collected minus permitted expenses to go directly into the coffers of the organization.

In the second instance, volunteers are truly enthusiastic and go all out to raise funds. There is a natural passion for the worthy cause. The handicap is that most of them may be greenhorns at this game or unschooled in the art of fundraising. Such a situation can be demoralizing.

Fundraisers should not accept commissions or compensation based upon a percentage of the funds raised. However, the professionals are just doing a job and that is as far as it goes. They have an added advantage in that they are trained personnel at fundraising and have more than a dozen tricks up their sleeve, quite unlike the motley crew of volunteers.

In the third instance, members of the organization could use their connections to solicit funds in a legal way and could request for periodical contributions or donations (monthly or annually) from giant corporations. Such corporations are known for their company policy of returning in kind or cash to Mother Earth and the community. At the same time, genuine fundraisers have to be aware of bogus fundraisers who get on the bandwagon and fleece generous donors.

On the other hand, some mega companies already have their pet projects and are no longer interested or have no other allocations in sponsoring any new charities. It is like talking to a stone wall. In addition, there is the danger of volunteers and professionals overlapping in collecting funds, all for the same purpose and for the same company.

Having looked at both sides of the coin, I am more in favor of volunteer fundraisers. My primary reason is all the funds collected would become the “property” of the organization. The objective of the project is to raise as much money as possible and if a percentage goes as fees to the professional, then the quantum coming to the fund is reduced. My second reason is when volunteer fundraisers continue to raise funds, they would gain experience and even be better than the professionals one day.

So welcome to the world of fundraising, volunteer fundraisers.