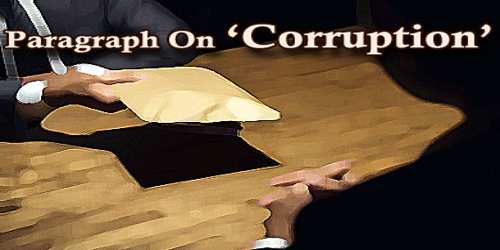 ‘Corruption’ is defined as an action to provide a good or bad service to a third person basically intended for personal gain. It weakens a country’s political, social as well as economic system. It is a curse for the society. It hampers the growth of the nation and thus has an adverse impact on the growth of each individual in the country. Political corruption lies at the core of our country.

Corruption occurs at different levels and different scales. It has been classified as Pretty Corruption, Grand Corruption, and Systematic Corruption. Here is how these types of corruptions differ from one another:

Thus, people do not dare to raise their voice against the corruption taking place at a high level. Those in power take advantage of the flawed system and work towards fulfilling their own interests. The grievances and problems of the general public remain unheard. It is important for the government and organizations to identify the root cause of the problem and implement strict norms to stop the same. People who indulge in corrupt means usually escape as corruption is prevalent till the top level and many big names are involved in it.